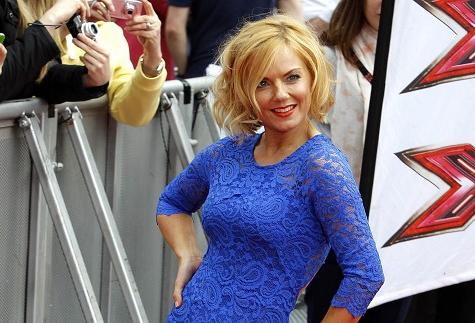 Geri Halliwell is dating a Russian millionaire named Anton Kaszubowski, it has been reported. The former Spice Girls member certainly isn’t wasting time after calling it quits with Russell Brand, who she dated from August to September before moving on to another love interest of hers which also didn’t end up working out. Now, she’s said to be “really happy” with her new boyfriend who is LOADED with cash.

The two met each other through a friend and it didn’t take long before Halliwell started throwing herself on to the Russian-born millionaire who didn’t seem to mind the fact that Geri was just being Geri. Ha! Anton owns a gambling firm in several cities all around the world, and from what we’ve been hearing, he’s been putting his money to good use; spending thousands of pounds on luxurious holiday to Rome with his new beau.

Whether Geri actually loves Anton for who he is could definitely be questioned as money was one of the main reasons she ended up leaving the Spice Girls back in the days. But, according to The Sun Geri genuinely has feelings for him and cares about him a lot. They were even spotted going to dinner dates together in London before spending quality time at a shooting event in Berkshire.

“They hit it off instantly and are seeing a lot of each other. Anton’s just her type. He has friends in high places and loves shooting in the country. Geri’s typically rushing into it with guns blazing, saying, ‘He’s the gentleman that I’ve been waiting for’.”

Mel C Recalls The Day She And Mel B Had A Fight: ‘Geri Ended Up Getting…