Britney Spears Dumped Jason Trawick Because She Wanted A Man NOT A Babysitter! 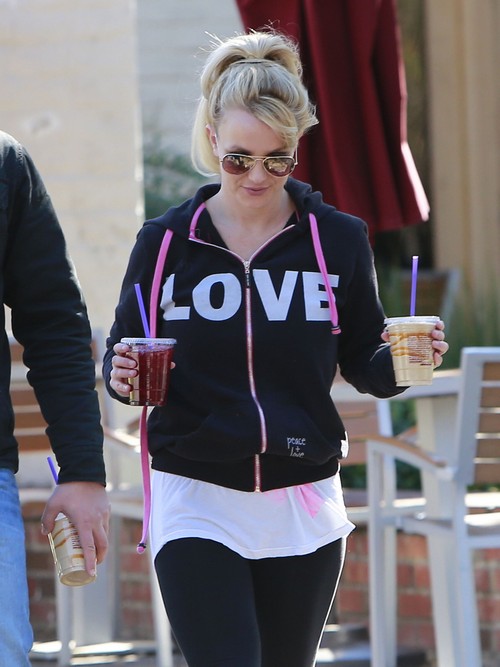 For every step forward, Britney Spears takes two steps back! We thought she was finally on track for a major comeback, what with her gig on The X Factor USA, and the wrap up of her mom Lynne Spears’s big court case surrounding her book and Britney’s drug use. Britney announced that she has officially left The X Factor, and is heading back to the studio. Rumor has it, she’s gearing for a show on the Vegas strip. Her career may be making leaps and bounds (or hops and small skips) forward, but her personal life is crumbling around her. After a yearlong engagement, Britney announced she and fiancé/manager/co-conservator Jason Trawick have called it quits.

“Jason became her keeper, and being her lover fell by the wayside,” said an insider of the split to National Enquirer, print edition January 28, 2013. “Britney kept pushing Jason to set a date for the wedding, but he just didn’t want to talk about it, telling her he was too busy working to set a date.” The insider claims that their love life has been on hold for ages, as Jason was forced to step up as Britney’s babysitter, causing him to lose all romantic interest in her. “Their love life went straight down the tubes, although Britney did her best to seduce him.” I don’t want to sound like a total girl, but there’s a lost more to a relationship than sex! While I imagine Jason found it hard to think of Britney as a sexy adult after all the work he had to do for her, there must be more to the split!

Whatever led Jason and Britney to start dating has evaporated, and they no longer want the same things. “Britney has always wanted a little girl and she hoped that Jason would be the man to make her life complete . . . She thought she loved him and held out hope he was the man who could finally make her happy and give her more children.” But those dreams evaporated in a nasty fight, during which Jason finally admitted, “I don’t want to get married and I don’t want children!” Harsh, but it makes the break up that much easier! Think about it: their romantic life has evaporated, they no longer want the same things in life, and they don’t feel happy around each other. I’d give Britney two weeks to mourn what could have been, and then it’s back to work! Are you surprised Britney is back in the single boat? Will she ever find a man, or is her baggage too much for a spouse to take on?