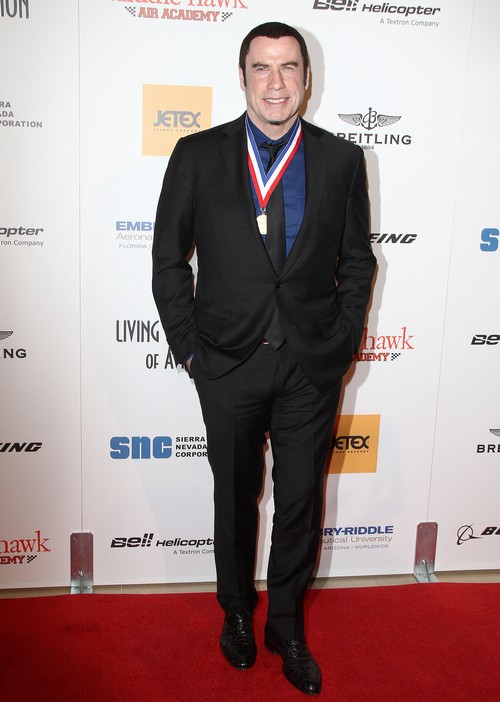 John Travolta’s PR team has been working overtime for years, denying the accusations of various former employees who claim to have had gay relationships with Travolta. The actor is largely believed to be secretly gay, and many hope that he’ll cast off the charade and come out soon. But until then, his camp adamantly denies all gay allegations, and many expect Travolta’s fear is rooted in his film career. But in a new book, Going Clear: Scientology, Hollywood, & The Prison of Belief, Lawrence Wright uses interviews with former second-in-command Scientology official Jesse Prince to unearth Travolta’s secret history of blackmail and fear in the church.

“Young Travolta . . . was afraid that officials would expose him as gay if he tried to leave” the church, National Enquirer reported in print edition January 28, 2013. “Travolta once threatened to turn his back on Scientology so that he could run off and marry his boyfriend.” All this is said to have happened in the early 1980s, when Travolta’s career was booming—unlike today, where he survives on gay rumors and bit parts. It’s a sad story, to think that Travolta was so close to living the life he wanted, but eventually made his decisions based on fear and blackmail. The church had access to his confession of “homosexuality during church-run ‘auditing,’ or counseling sessions.” Wright claims that Scientology considers homosexuality “an ‘illness’” and that the church was “prepared to destroy the actor’s rising career by outing him.”

Former Scientology official Prince claims that he “knew specifically what was said in certain auditing sessions, and [he] can confirm that John Travolta once threatened that he was going to marry his boyfriend.” If all this is true, it just adds more fuel to the ‘cult’ theory of Scientology—and it doesn’t help that the church considered Travolta “the most prominent member of Scientology,” and looked to him as a mascot. But his files from various auditing sessions contained “a lot on John’s gay activities and [the church] used it to keep him from leaving.”

Neither Wright nor Prince name the boyfriend Travolta wanted to marry, but we wouldn’t expect their secret love affair to exist thirty years later. It’s sad to think that Travolta has been forced into this life, and we hope that he’ll find the support and strength he needs to find out who he is and live it fully. Do you think the church has secret files on Travolta—could these dug up skeletons remind him of why he wanted to leave?