Kim Kardashian Is Warmly Greeted By Fans in Abidjan (Photos) 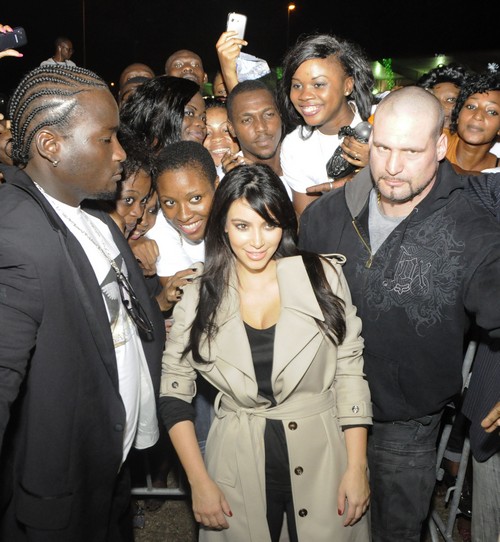 Pregnant reality star Kim Kardashian arrived to a crowd of fans in Abidjan, Ivory Coast yesterday, January 18th 2013 and we have several pictures for your enjoyment.  Kim was there to attend 2 events, one show at “Palais des Congres” and a private party at “Life star nightclub.”   Her boyfriend and father of her baby, Kanye West stayed in Paris.

Kim tweeted to her twitter fans that she had arrived on Friday, “Just Landed in Abidjam – We out here Abidjan Côte d’Ivoire Thanks for everything Guyzo people!”

To see a video of Kim speaking about the event head over to Tattle TailZz HERE who has the scoop on the event!