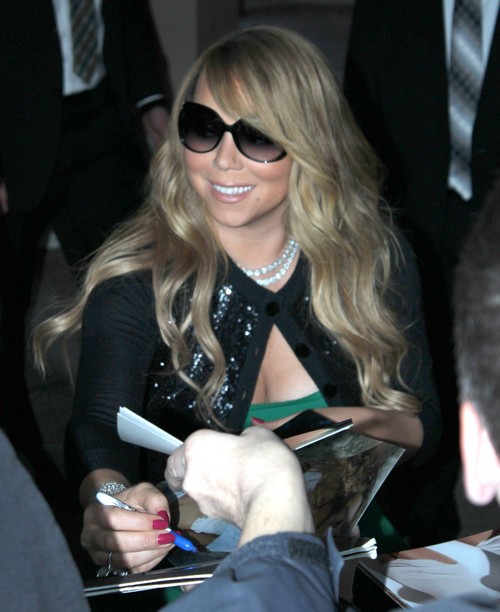 Mariah Carey has refocused a lot of her energy since giving birth. The legendary diva can be seen on this season of American Idol, though she’s admitted to not even liking the show! She’s said the only reason she’s signed on is because she wants to focus on finding new talent, and fans agree she needs to after a concert fail New Year’s Day in Australia. The singer was criticized for a lackluster performance and badly scripted show, and it sounds like her singing days are over! She’s a judge now—she should focus on giving young artists the do’s and don’ts of the industry (and try to avoid getting beat up by Nicki Minaj while she does!), since apparently she can’t stick to them herself!

“The diva’s days as a superstar are numbered,” claimed National Enquirer, print edition January 28, 2013. “Her first show . . . was blasted as an amateurish dud . . . a dismal failure.” Mariah was headlining a tour through Australia earlier this month, and was criticized for “arriving late to the stage.” Furthermore, the crew didn’t seem to have prepared properly, because “her performance was interrupted several times by sound problems.” Isn’t that what tech rehearsals are for? While the behind-the-scenes work isn’t something to shrug at, it’s telling of her career that no one took the performance seriously enough to make sure everything went smoothly.

Mariah’s performance didn’t escape the notice of local critics, like a reporter with Time Out Sydney, who called her out for “long exits for pointless costume changes,” or cheap filler scenes “with her dancers and a song from her backup singer.” One reporter with Brisbane Times went so far as to call her “a caricature of herself—and not in a lovable Dolly Parton kind of way.” Is this the end of Mariah as we know her? Can she save this with a kick ass comeback tour—or, more to the point, should she even try to? Or could it be time to disappear into the private life and backstage side of music?