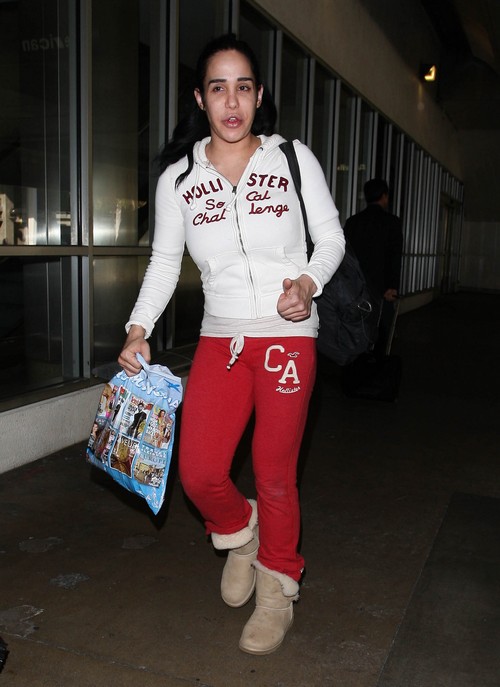 Octomom Nadya Suleman is stripping again.  She signed a deal again to display her wares on stage, but she swears it is the last time.  We can believe her right??? Next question is, do we care?  Probably not!

But someone seems to care because they the T’s Lounge in West Palm Beach, FL is paying her a whopping $20,000 to dance topless.  “It’s all part of a deal she worked out with the lounge to settle their ongoing legal beef.  As TMZ previously reported, T’s sued Octo last year for breach of contract after she pulled out of a similar gig, claiming she wouldn’t strip after the employees trash-talked her to the media.”

Octobom previously claimed that stripping got her off welfare.  This time it is to settle a lawsuit and Octomom has agreed to perform in four paid shows.  But only stripping and Bartending, she won’t do lap-dances because she is far too classy for that, right?

At this point why social services has not stepped in and removed her children is a mystery too me.  Can she possibly be a good mother?  What do you think of Octomom stripping again?  Hit the comments and let us know your thoughts!