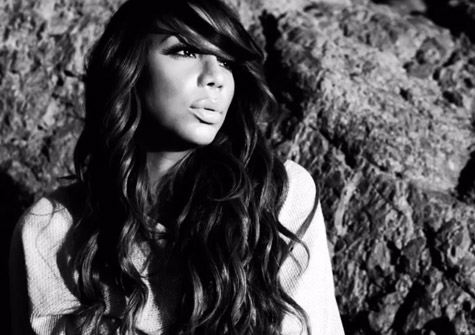 Tamar Braxton has unveiled her first music video for her single, Love and War. The song, which went straight to number one thanks from the support of her best friend Lady Gaga, has already become Tamar’s most-successful single in her career.Braxton’s first album, Tamar, failed to achieve commercial success back in 2000 while her sister, Toni Braxton was winning Grammys and selling platinum-selling albums. It’s fair to say that Toni was the only sister who was actually poppin’ in the music industry at the time with all the success that was coming her way.

However, it seems like things have changed as not only is Tamar the only sister in the family to be releasing an album this year, she has also announced her show Tamar and Vince has been renewed for another season which will follow the singer’s journey as she heads on tour and gears up to release her sophomore album, set to be released “early March”.

Check out an excerpt of the lyrics of Tamar’s new song and the video below:

Somebody said every day was gon’ be sunny skies,
Only Marvin Gaye and lingerie, I guess somebody lied
We started discussin’ it to fightin’ then don’t touch me please
Then it’s let’s stop the madness just come lay with me
And truth be told I’m wavin’ my flag before it goes bad yeah yeah
‘Cause we made it this far on for better or worse
I wanna feel it even if it hurts
If I gotta cry to get to the other side, let’s go ’cause we’re gon’ survive oh

[Chorus:]
We stay on the front lines
Yeah but we’re still here after the bomb drops
We go so hard we lose control
The fire starts then we explode
When the smoke clears we dry our tears
Only in love and war