Blake Shelton and Miranda Lambert’s Marriage is On the Rocks 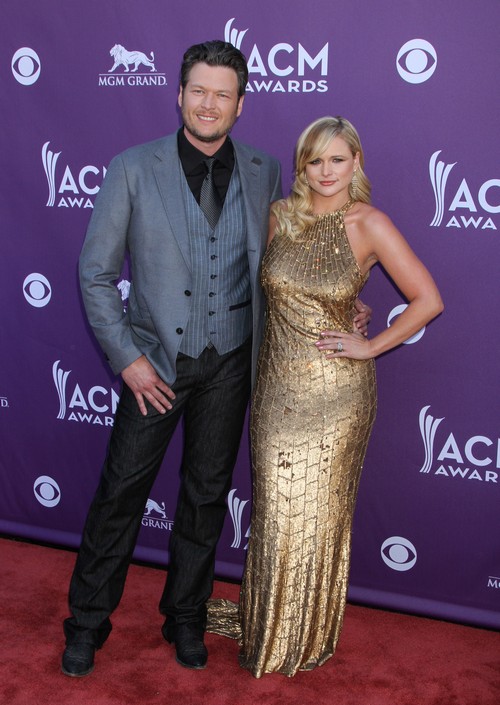 Success in Hollywood often spells disaster for the personal relationships that the celebrities try to maintain and now it appears as though another couple has hit a rough patch. Blake Shelton and Miranda Lambert have been married for less than two years and already they are beginning to feel the strain of having a high profile relationship and competing careers. In fact it is work that is proving to be a major stress or in their lives.

Blake has spent a good chunk of the last year in LA working as a judge on The Voice. Miranda recently came off a 9 month tour and is a country girl at heart so she prefers their ranch in Oklahoma as her comfort zone. According to the latest print edition of The GLOBE the couple has spent only about 50 days together all year. Apparently all of that time apart is not sitting well at all with Miranda. As it is she realizes that she married a huge flirt and she likes to keep him a bit close to keep an eye on him. She may trust him but she’s a smart cookie and realizes that just because a guy is married, that doesn’t mean he is going to stay that way. Miranda and Blake may seem like a golden couple now but let’s not forget, she started off as the third wheel in his first marriage!

Apparently some serious conversations have taken place and in order for this marriage to continue then Blake is going to have to come home more. In other words he’s ultimately going to have to choose between his wife and his spot on a hit show! Should Miranda worry about her man’s flirting with other women on The Voice set? Tell us your thoughts in the comments below!