Kristy Kaminski: The Bachelor Sean Lowe Disgusted With Her Raunchy Past 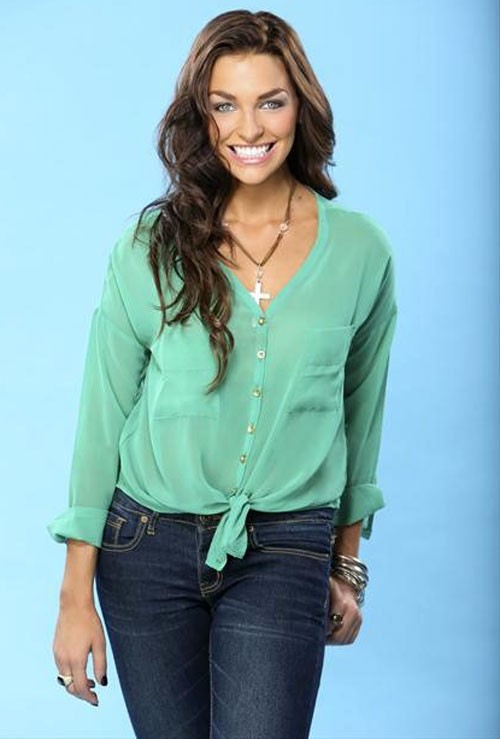 Every contestant on The Bachelor comes with his or her fair share of baggage—this season, most of the girls have put on their I’m such a home town good girl who is just looking for true love and someone to go to church with pants, but Kristy Kaminski can’t seem to keep them on! The contestant has a secret sexy past that Sean Lowe won’t like when he finds out. Kristy, who is currently a Ford Model, has a history that proves she isn’t at all camera shy, or keen on any type of pants!

“Kristy isn’t exactly marriage material,” a friend explained to National Enquirer, print edition January 28, 2013. The contestant submitted lingerie photos to a sexy website in February 2011, and liked it so much, she went a step further! Later that year, she submitted a video “to enter Maxim Magazine’s ‘Hometown Hottie’ competition, but she didn’t win.” The contestant isn’t keen on fessing up her sexy past to Sean, who has sworn off all sex until marriage, and considers himself re-virginized. “It’s not the image she wants to portray to the handsome, deeply religious ‘Bachelor,’” Enquirer confirmed.

When the competition is stiff, there is no room for error, as Kristy will certainly find out this season. We don’t know how far she’ll make it (spoiler free zone!), but one of Sean’s friends explained that “she’s the type of girl you have a good time with—not the type you bring home to mom”!” Does this mean we shouldn’t expect her to be in the final two, which is when contestants meet the parents? If Kristy is a changed woman, should she get a second chance, or is her secret sexy past enough to see her booted off the show early? Could she be this season’s Courtney Robertson?