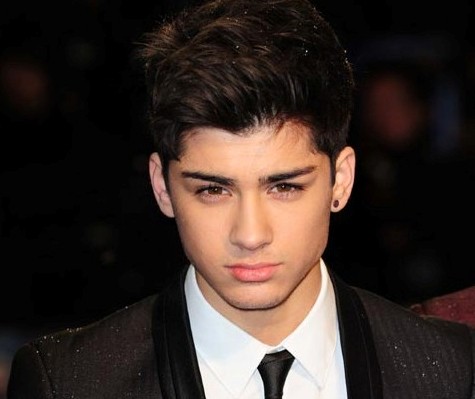 Aww, poor baby! Grow up and handle it like a man. Zayn Malik backed out of a press conference in Japan after just twenty minutes into it, it has been reported. The singer started feeling very sick during their announcement that they would be adding an extra two shows to their world tour in Japan, before the conference started.

Sources say that Zayn tried making it through to the entire event, but he didn’t feel well and as soon as he felt that disgusting “you know what” coming up, he made a run for it. Though we would have preferred seeing him vomit all over his fans, sadly that didn’t happen, instead, Malik quickly rushed off the stage to throw up while the rest of the band were puzzled — no one knew what was going on.

“He had been rubbing his tummy throughout proceedings, then suddenly, he took a deep breath and dashed off stage because he felt so unwell. The others were all looking around concerned for a while, then Niall checked with management to see if he was okay,” a source tells The Mirror. “They moved up to take his seat away so it didn’t look too weird, while Zayn went back to his hotel to recover.”

OMG, like isn’t Niall just like the nicest person evuurrrrr for checking up on his band mate? Excuse our teenage girl impression! Ha. Well, we don’t blame the little kid for throwing up since he’s constantly traveling all over the world,- he has to try and take it easy and get some rest. Or if he was a real man, he would grow some balls and swallow the vomit like we do!