The Real Housewives of Atlanta Recap: Season 5 Episode 12 “Battle of the Booty” 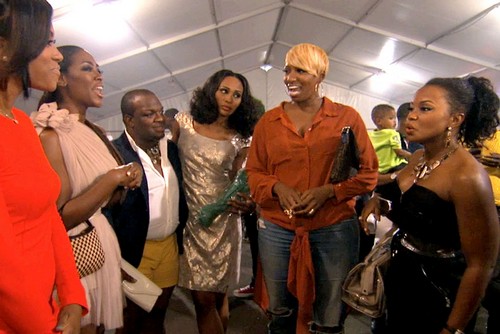 Tonight our favorite housewives return to The Real Housewives of Atlanta with a new episode called, “Battle of the Booty.”

On last week’s show Phaedra and Apollo were eager to begin working on their Donkey Booty video, but things went awry when Kenya felt she’s worth more of a cut than Phaedra was willing to offer. As NeNe took up residence in Hollywood, she struggled with how to focus on her acting and left the home details to Gregg. Kandi celebrated Todd’s birthday with a huge surprise party, but she went on the defensive when Kenya interfered with Todd’s celebration by bringing up her business beef with Phaedra.  Did you see last week’s show? We did and we recapped it here for you.

On tonight’s show After Kenya’s deal producing Phaedra’s Donkey Booty video turns sour, she decides to produce her own fitness video –- “The Stallion Workout” –- to rival Phaedra’s donkey. The feud intensifies as Phaedra goes on the attack, exposing hurtful things about Kenya. NeNe returns to Atlanta to spend some time with her glam baby, and Cynthia casts a charity runway event where a showdown between Phaedra and Kenya takes center stage.