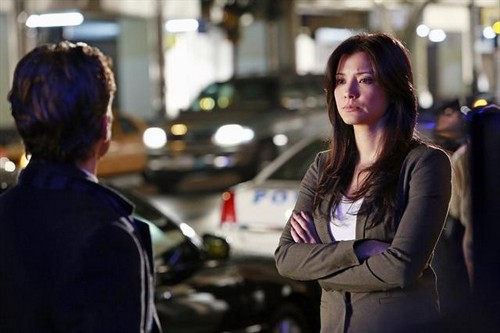 Our favorite television show Castle returns tonight with another new episode and tonight’s episode is called, “Death Gone Crazy.”  On last week’s show when an up and coming DJ was killed at a pop star’s album release party, Beckett and Castle had to dive into the raucous world of New York’s music industry.

Then, when the investigation led to a troubled teenager, Esposito took the kid under his wing, hoping to put him on the right track before it was too late. Taylor Cole guest starred as Regina Cane, an aging pop star who had a shadow cast on her album launch party when the DJ was murdered.   Did you watch last week’s episode? We did and we recapped it here for you!On tonight’s show when Beau Randolf, the founder of hit adult video franchise “College Girls Gone Crazy,” is murdered, Castle and Beckett are confronted with a lengthy list of husbands, fathers and ex-college girls who all have motive. So to find the killer, they must delve deep into the victim’s life, where they find surprises at every turn. Alexis starts a video blog, but Castle is not happy that personal and intimate details about her life are being made public.