George Clooney Had His Testicles Ironed For More Confidence 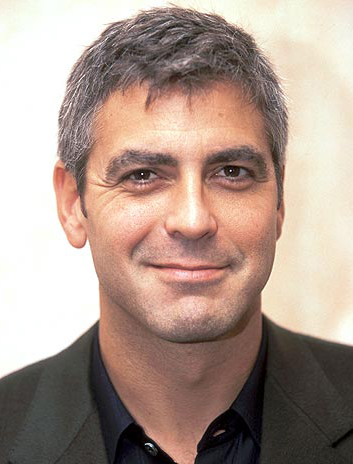 George Clooney likes playing pranks on people. He is actually (in)famous for his ongoing pranks with other famous people such as his best friend, Brad Pitt. Only recently, Clooney once again made a fool out of us all with his dark, acerbic humor. According to The Sun – a UK based news outlet – Clooney told Italy’s Max magazine that he had a procedure done called “ball ironing”.

What is ball ironing we hear you ask? (It’s okay; we won’t find you weird for asking)

Well, according to Clooney, “It’s a new technique, many people in Hollywood have done it. It’s called ball ironing.” Surgeons with a penchant for balls (we mean literal balls – baseballs, basketballs etc) have said that tightening the skin and muscle around the testes actually increases a man’s confidence. (We’ll pass on that, thank you!) Clooney added, “I never fixed my eyes, but I spent more money to stretch the skin of my testicles. I did not like wrinkles.”

Is this true? Did one of Hollywood’s leading men really have surgeons re-arrange his business to make it less wrinkly? What is the world coming to? Readers of the article weren’t so sure that Clooney was telling the truth – he has a track record of taking people for a fool. One such baffled reader said, “He has a very good sense of humour, but in Hollywood anything can happen.”

Indeed it can! Kim Kardashian – and the rest of the Kardashian fools – was raised in Hollywood and look how they turned out… We do, however, doubt that Clooney had anything nasty done to his testicles and that the man actually said it tongue in cheek, because if he really did get the procedure done, he is completely and utterly insane.

What do you think readers? Do you think it’s the truth? Let us know your thoughts in the comments below.