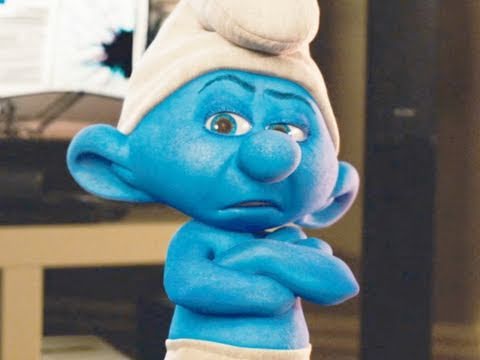 Ryan Rodriguez filed the $15 million suit against Columbia Pictures, Sony Entertainment, and FAO Schwartz. His lawyers and TMZ claim that when he worked on the set of the film in New York City, at the above mentioned toy store, FAO Schwartz, he “fell off scaffolding inside FAO while doing construction on the set and ‘seriously and permanently’ injured himself.” In other words: He was permanently “Smurfed”. According to Rodriguez, the accident ruined his life and that he hasn’t been able to do the quality work he did before the accident. He also claims that the companies involved in the making of the film are responsible for the damage caused.

TMZ reports that a judge has yet to rule on the lawsuit, but we think Rodriguez has a pretty watertight case. The companies involved failed to deliver a safe place to work and subsequently caused Rodriguez to suffer from irreparable damage.

It would be interesting to see whether the film companies responsible would be able to man up and offer Rodriguez a type of financial severance. Hollywood is rolling around in the dollars, but they always seem to forget about the little people who are not able to stand up against the corporate structure of the entertainment industry.

What do you think Hollywood Hiccup readers? Do you think Rodriguez should sue? Do you think the companies will take it out of court? Let us know your valuable thoughts in the comments below!