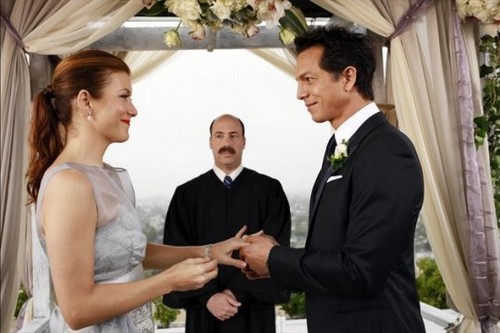 Sadly tonight is the series finale of Private Practice called,“In Which We Say Goodbye.”   On last week’s show Addison attended Henry’s court date and realized that the judge still had some concerns about Jake’s past, Sheldon introduced Miranda to his friends, and Cooper’s efforts to secure a dream house were put on hold when Charlotte went into labor.  Did you watch last week’s show? We did and you can catch up before tonight’s show here!

On tonight’s series finale the series will end its run with a special farewell to the beloved doctors of Seaside Health and Wellness. Naomi returns to stand by Addison’s side on her wedding day, Cooper struggles with the hardships of being a stay-at-home father, and Violet begins a new project close to her heart.

Tonight’s episode looks like it is going to be great and you won’t want to miss it, so be sure to tune in for our live coverage of ABC’s Private Practice at 10:00 PM EST!
PRIVATE PRACTICE SEASON 6 SERIES FINALE LIVE RECAP HERE!