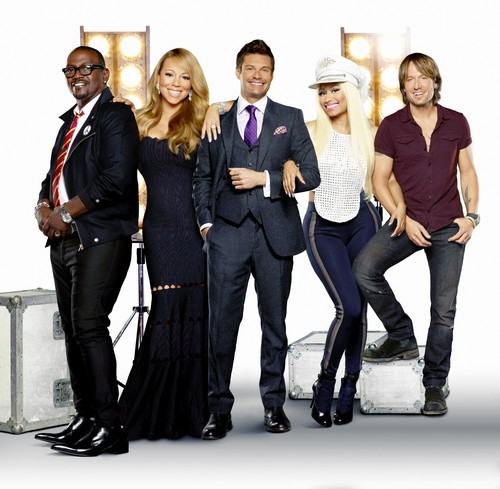 AMERICAN IDOL is back tonight  with more audition madness.  On last week’s show Mariah Carey and Nikki Minaj continued to snipe at each other over the two episodes and we are expected to believe that is real.  However, it came across as slightly staged.  Randy Jackson is the usual Randy and Keith Urban although nice is boring.  To keep viewers watching Idol is going to have to deliver a little more than cattiness between Mariah and Nikki.  Did you watch last week’s premiere week?  We did and we recapped it here, PART 1 – PART 2.

Tonight the audition madness continues as the judges hit he town better known as “The Queen City” as thousands of hopefuls will audition in Charlotte for the opportunity to be crowned the next American Idol.

Rumor has it that the fighting between Mariah and Nikki is going to step it up tonight.  Reportedly during the fight Nikki threatened to knock Mariah out.   No one would go into much detail about what caused the fight, but it reportedly started over a disagreement about a contestant.  Tune in to use tonight to get all the details.