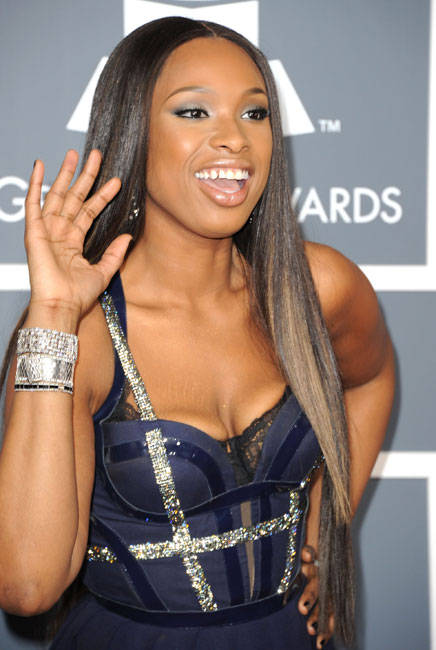 American Idol really can make stars out of you! Jennifer Hudson is making her return to the big screen in Alicia Keys‘ executive produced film The Inevitable Defeat of Mister and Pete. The movie, which strongly focuses on a drug-addict trying to make a living to feed herself and her son, has received very good reviews at the Sundance Film Festival where it premièred a clip starring J-Hud and Jeffrey Wright.It’s quite a long time since we saw Jennifer doing something that could potentially become a big hit. She first received her big break as an actress when she was cast as Effie White in the blockbuster hit Dreamgirls,- her role in the movie was so powerful and “effortless” that she managed to scoop an Academy award for ‘Best Supporting Actress’. Soon after that, the roles just kept on coming on; Sex and the City 2, The Secret Life of Bees, Smash, Winnie, and more.

The 31-year old recently said she found it hard working on NBC’s Smash whilst playing a crack-addict in her new movie, telling E! Online: “It was a lot of fun but also a lot of work. You’re singing, you’re acting, you’re in the studio recording, you’re learning dance steps and then it was like – oh, my God! – they’ll change things right there on the set…It was a challenge.”

She continued: “If you’re going to go for it, you go for it. It was so interesting because I was completely introduced to a world I didn’t know. And I was literally in the process of shooting Smash. I was this glamorous character with all the hair and all the make-up and gowns, and then the next day, I was in tattoos and crazy hair and in this complete rawness.”

The star added: “What I love most about this project is it has allowed me to step outside the box. This industry will put you in a box. ‘Jennifer Hudson, sing! Do a musical!’ It’s like, no! There’s so much more I want to do and there’s so much more I feel like I could do. But it’s not that often you get those opportunities. So that’s why when this came along I was like, ‘I’m in. Even though I’m terrified, I’m all in’.”

See the clip below! We’d say it looks pretty good: