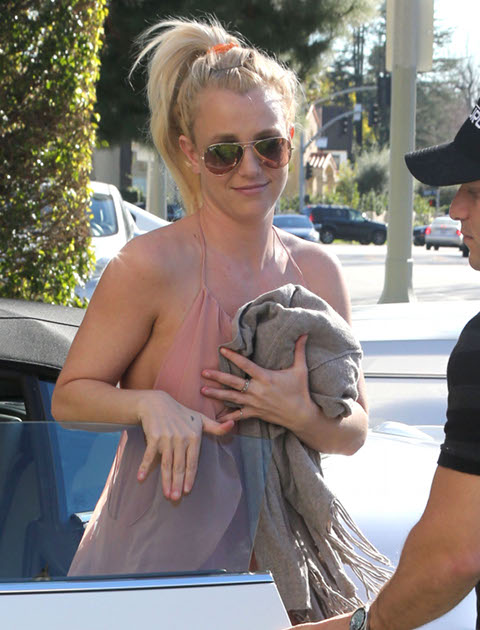 Love her or hate her, it’s hard to watch Britney Spears flop around like a fish out of water. The former pop sensation has been struggling to get back on her feet since drug use tanked her career. Last summer, everything seemed to be going her way: she was engaged to Jason Trawick, stable, and employed. Now, she’s single, has left The X Factor USA, and insiders warn that she’s setting herself up for failure as plans for a Vegas residency solidify.

“She has a bad track record” in Las Vegas, a source explained to Life & Style, print edition February 4, 2013. “This will be a bad temptation for her.” Despite Vegas being home to her quickie marriage to Jason Alexander, engagement party to Jason, and the location of Pure, a club in which she passed out, Britney is “very interested in a Vegas residency, and is in serious talks with the major casino groups.”

But an insider warns, “Britney’s struggled with drugs, alcohol, and men. All of those things are in Vegas.” So what would life look like if she signed her name over to Sin City? “There will be bodyguards, her father, her manager–they’ll escort her to and from the show and watch her every move.” Does that sound like prison to anyone else? Constant supervision, excpet every night when you sing your heart out?

“I can’t wait to get back out there and do what I love most,” Britney told Life & Style. But the source warns that Britney’s headline would be the perfect setting for another breakdown. “People with mental problems like Britney should not be taking on these massive, high pressure jobs in the spotlight.” I think Britney should stay at home with her kids, and focus on her mental health. It’s not like she needs the money! Do you think Vegas is the place for Britney?