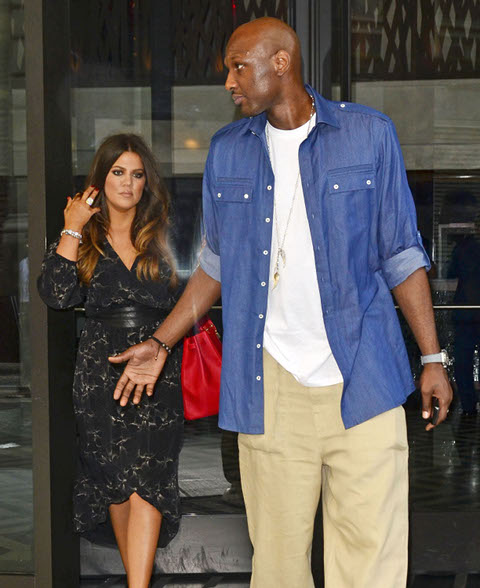 The past few months have not been kind to Khloe Kardashian. Photos of Lamar Odom partying with other women (in various clubs, over a few weeks time) hit the internet, and cheating rumors erupted. Then, the news of Kim Kardashian‘s pregnancy with Kanye West was salt on the wound; Khloe has been trying to get pregnant since 2009, but is plagued with fertility problems. We reported that Khloe spoke out against the tabloids, calling their reports “disgusting.”

Now, a family insider has reported that Khloe and Lamar have worked out their issues, and are happier than ever. “They had a rough patch,” the source said to Us Weekly, print edition February 4, 2013. Since the scandal, they’ve “worked on their relationship.” Now, Lamar and Khloe are on the same page, and have set boundaries with each other. “He goes out, but no cheating!” But what constitutes cheating?

It sounds like Lamar’s party days may ending, but how long can he keep it up? He is notoriously distant with his ex girlfriend and their two children. Is Lamar capable of commitment? Khloe doesn’t seem to mind the distance, and the source confirmed that “they give each other space and it works.” But is time off from your spouse appropriate, or normal?

The insider isn’t worried about Lamar, though. “He’s in love with her!” If they’ve really sorted out the partying drama, then good for them! But something seems fishing in all of this. Is it weird for a happy couple to take vacations from each other? Why would Lamar want to go out to clubs without Khloe all the time? Does this seem strange to you, too?

‘Sister Wives’ Spoilers: Has Janelle Brown Given Her Wedding Ring Back To…

‘Welcome To Plathville’ Season 2 News: No More Farm Life For The Family