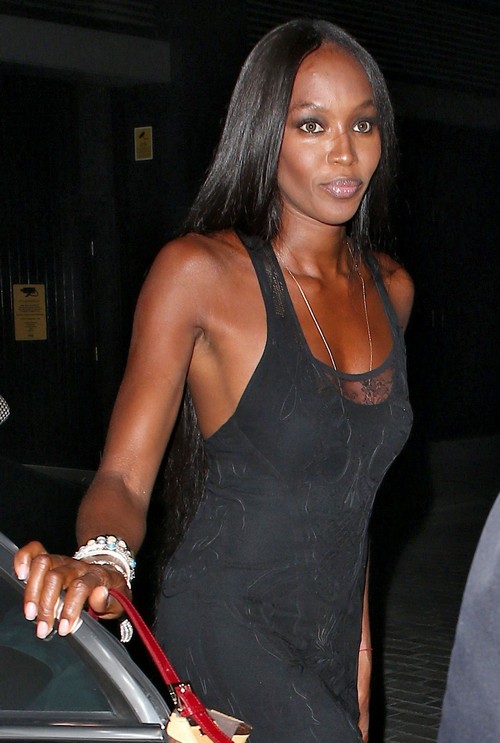 Naomi Campbell. Now that’s not a name that we hear everyday, at least not any more. She began her career as a catwalk stalking super model and pretty quickly became as known for her temper as she was for her photos. In the last several years most Naomi stories involve drama. Remember when she assaulted her personal assistant with a phone? In fact Naomi has had several convictions for assault, usually choosing to batter housekeepers, business partners and others that have actually been employed by her. Her last charge was in 2009 and today Naomi claims that people have no idea who she really is.

She sat and talked exclusively with Life & Style Magazine about the very private life she now chooses to maintain.

“When I’m not working or anything, I try to live a private, quiet life. I’m a gypsy, I want to see the new wonders of the world and spend quality time with the people I love. I gave up drinking alcohol. Not drinking makes me a lot happier.”

Part of that private life has included a four year relationship with Russian billionaire, Vladislav Doronin. Rather than looking for high profile modeling gigs, Naomi now prefers to travel the globe with her man and splits her time between homes in NYC, London and Moscow.

In November Naomi was knocked over and robbed while trying to hail a cab in Paris. The model was injured but just last week turned up in a NYC club with good pal Cameron Diaz. She seems to have ditched her crutches and must be finally on the mend.  As for her sobriety, do you think that has something to do with her better behavior in recent years? From the looks of things Naomi may just have been one heck of an angry drunk! Tell us your thoughts in the comments below!