Taylor Swift Says Harry Styles Kisses Like A Snail — What? 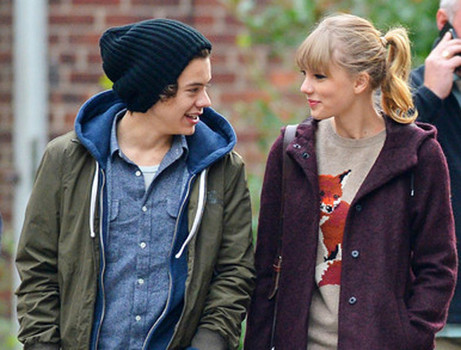 Neither Taylor Swift nor Harry Styles have issued public statements about their unexpected break up just after New Year’s, but dozens of insiders are giving reasons! We’ve heard that Taylor wouldn’t put out, that she refused sex until Harry got circumcised, and that Harry refused to settle down with just one girlfriend. But the newest report is strangest by far! A Taylor insider claims that couldn’t stay with Harry, because he kissed like a snail!

While I can’t hope to describe to you what, specifically, that means, the insider tries to describe the serious side effects of snail kissing. “Taylor found it not to be grossed out,” they reported to Life & Style, print edition February 4, 2013. I guess that fundamentally incapable kisser is cause for a split, but surely there’s a learning curve! Harry is five years younger than Taylor. Couldn’t she just, I don’t know, buy him a how to book?

Harry’s insiders have a different story, claiming “Taylor was asexual and wouldn’t let him do anything. She acted really sexy at first, but once she hooked up with him, she only wanted to kiss.” Harry has never been private about his sexuality, so we don’t doubt that he’s looking for someone with the same sex drive. But the two seemed to make out just fine during New Year’s Eve in Times Square! What changed in the four days after?

I suspect that all the theories have a grain of truth–opposing sex drives, varied make out technique, and maybe even conflicting work schedules. I don’t think the world will ever know about the circumcision complaint! But even if the snail kissing story is true, it can’t be totally accountable for the split, can it?