Jennifer Aniston Feuding With Kim Kardashian Over Theft Of Hairdresser 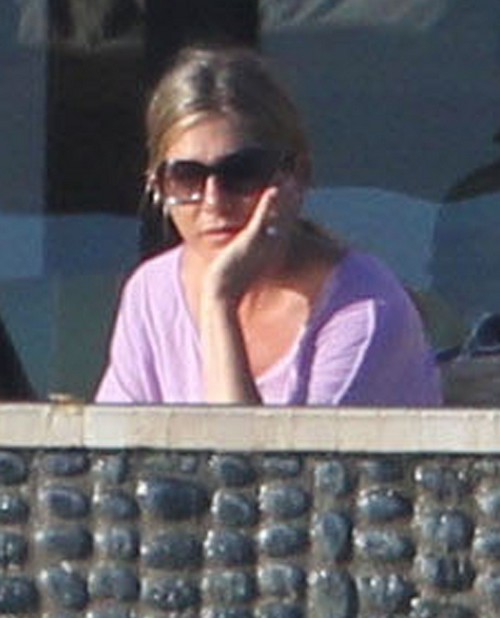 Jennifer Aniston has never been lucky with men—but now she can add “my hairstylist” to her long list of failed relationships! The unhappily engaged star has been getting her hair done by Chris McMillan for over twenty years, but a recent cheating scandal has forced her to reconsider their relationship. In Decemeber, Kim Kardashian got bangs by Chris’ hands, and Jen can’t get over the betrayal! Instead, she’s cut all ties with Chris, and an insider has spilled the details of the three-way fight.

“Jen expected he’d always be loyal. Now she’s furious—at both Chris and Kim—for the betrayal,” an insider told National Enquirer, print edition February 4, 2013. “Of all the men in her life, Chris has been the one constant. He stood by Jen through her marriage and breakup to Brad Pitt and all of her love-life ups and downs.” But when a younger, hotter, more salacious celeb came his way, Chris was more than happy to ditch Jen!

Kim shared photos of her haircut over Instagram, and Jen took it personally. “Jen was fuming when she saw the photos because she and Chris used to watch Keeping Up With The Kardashians together and mock the family,” the insider explained. Despite Jen’s threats, Kim is standing her ground, and the catfight is forcing Chris to pick sides!

Kim isn’t wholly to blame, apparently Chris and Jen have been on the rocks since she started hooking up with Justin Theroux. “Chris feels edged out by Justin, who he says makes Jen’s old friends uncomfortable by talking down to them.” Justin has told Jen she isn’t intellectual enough for him, I guess that counts for her friends, too!

But Chris won’t let his spirits be deflated by the crabby, declining actress. “Chris is raving about how fun-loving and sweet Kim is. He says she’s a real breath of fresh air after having to constantly hear about Jen’s body insecurities and relationship traumas.” If the break up is true, can you imagine the tell all book he could write? Dare to dream!