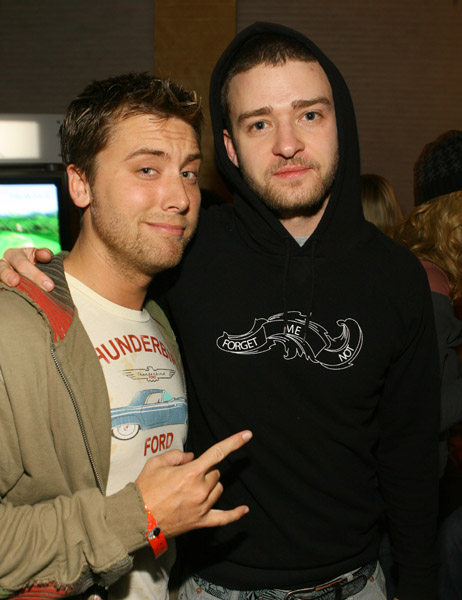 OMG, shut up Lance Bass… seriously! The former NSYNC star says he was shocked and surprised when Justin Timberlake‘s new single Suit and Tie was released as JT hadn’t informed him about his musical comeback. Why should he anyway?! He’s not a child! Well, it looks like Lance is being a big baby as he tells Us Weekly he thinks Timberlake was hiding it from them because he’s been busy, yet he’s still astound as to why he didn’t get a phone call.

Lance clearly didn’t get the memo that Justin doesn’t want anything to do with him or the rest of the NSYNC members — non of them were invited to JT and Jessica Biel’s wedding because the 31-year old just feels like he has grown apart from the people who was once really close with. Awww, so it’s kinda like the whole Spice Girls thing going on here – like Victoria Beckham failing to communicate with her former girl group members.

Ah! Back to Bass,- he tells Us Weekly he was pretty surprised having to have found out that his former best friend was releasing new music and he wasn’t informed: “He’s been so busy and even hid from us that he did an album, so I was as surprised as everyone else that he released this new music,” he said. “He’s been busy with that, so we haven’t really been able to catch up.”

Speaking of what he thinks about the new single, Bass continued: “I think it’s something that no-one expected him to do. I think everyone was expecting him to do a crazy [dance track], but he went back to his roots and I like it. It’s very nice,” before talking about how excited he is for people to hear his debut studio album:

“I’ve waited ten years to be able to do it, and now I finally found the time this year,” he said. “I just needed a break from music. When you do something as big as *NSYNC, you don’t get so burnt out of it, but you need a different direction and my mind needed to go somewhere else.”