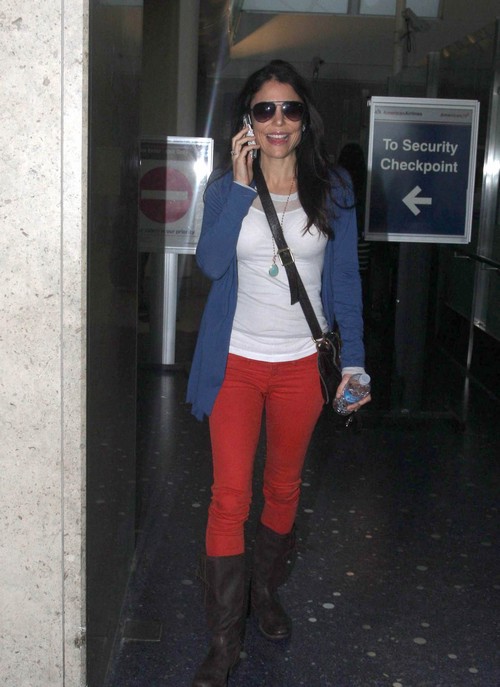 Remember last month when we told you that a sloppy drunk Bethenny Frankel approached Katie Holmes at a holiday party wanting to know who handle her super quick divorce?  Well all signs point to that encounter being true now that it has been confirmed that Bethenny has in fact retained the law firm of Aronson Mayefsky & Sloan to handle her divorce. They are the powerhouse law firm that helped to iron out all the details and settle Katie Holmes’ divorce to Tom Cruise in under a month.

The latest issue of In Touch has gotten their hands on legal documents filed by the firm in NYC on Bethenny’s behalf, proving that they are indeed working for the reality star. It makes absolute sense that a cut throat business woman like Bethenny would want a team that could get to the bottom of things and iron out the details fast, but there is one problem- her ex. Jason Hoppy has absolutely no intention of just walking away empty handed here and what is most at stake isn’t so much Bethenny’s money, but their two-year old daughter, Bryn.

Bethenny filed for custody of the child but by all accounts Jason has been a loyal, hands on father and just this week he swung back legally. He filed for primary custody plus child support and medical coverage. While children typical end up with their mother’s this case makes me wonder. Bethenny is married to her career and that is one of the many reasons for her divorce. Jason has more time to devote to Bryn and may arguably be the better parent. It looks like this is going to be nasty for awhile.

Who do you think should have custody of the child? Tell us in the comments below!