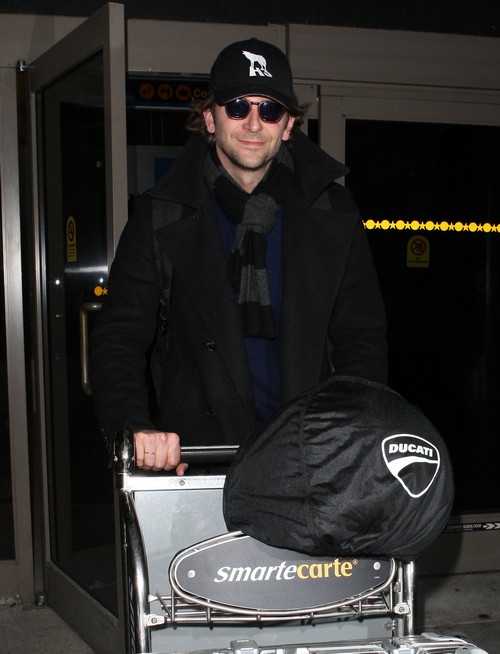 Bradley Cooper is quickly becoming one of the most coveted leading men in Hollywood. Besides being in the wildly successful comedy series The Hangover, Cooper has just solidified his name by earning an Oscar nomination for his role in Silver Linings Playbook. But since he’s split with girlfriend Zoe Saldana and invited his mom to the Oscars as his date. His long string of unsuccessful romances has many asking the question: is he a gay man pretending to be straight?

“The rumors about Bradley are swirling again,” an insider noted to National Enquirer, print edition February 4, 2013. “He’s been able to laugh them off in the past, but this latest one comes right when he’s on the verge of becoming one of Hollywood’s biggest stars.” It sounds like Bradley is terrified his acting career is tied up to the rumors, and doesn’t know how to nip these stories in the bud.

“The floodgates have opened, and people in Hollywood are once again wondering.” I understand that the gossip could hurt him, but how would his career suffer? It seems like it would have the opposite effect—many actors have chosen the past few years as the perfect time to come out, as it helps to strengthen the gay message of equality and tolerance, and the publicity boost always seems to end in great movie or TV contracts!

Whatever Bradley’s reactions, the rumors are spurned on by his ongoing search for “his next girlfriend.” The insider suggests he’s unhappy being single, and hopes to “get married and finally put the questions about his sexuality to rest.” Do you think Bradley is using Hollywood’s most eligible women as distractions so he can pursue a secret, gay life? Or is this just a typical gay rumor, one that doesn’t affect him at all?