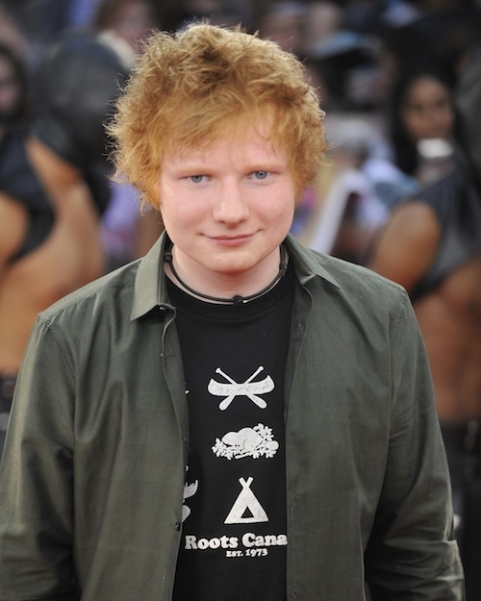 Wasn’t he supposed to be trying to win over Taylor Swift? Ha! Ed Sheeran has recalled the moment he met Katy Perry… and it wasn’t very pleasant either. The British singer, who will perform at this year’s Grammys, failed at his chance to impress Katy after they bumped into each other backstage.

As Ed wrapped up his show in Canada a while ago, Perry was in attendance to see what the ginger fella could bring the stage – she was in love with his album ‘+’, so it only made sense for her to support him at his gig. Sheeran gets very nervous before he performs and has even admitted that whenever he finishes a song, not only is he covered in sweat, he’s also relieved he made it through to the end. Awww! Isn’t that… erm… adorable? Ha!

Well, his encounter with Ms. Perry wasn’t any different! Sheeran told The Sun: “I sweat a lot on stage and did a show in Canada. I played the set, stormed it, sweated a lot, got off stage and bumped into Katy Perry. I was like, ‘All right Katy Perry, how are you?'”

Katy seemed far from impressed, he added: She said, ‘I came to your show and I love your album. I was gonna give you a hug, but eeugh!’ and went. That was my chance ruined because I sweated so much.”