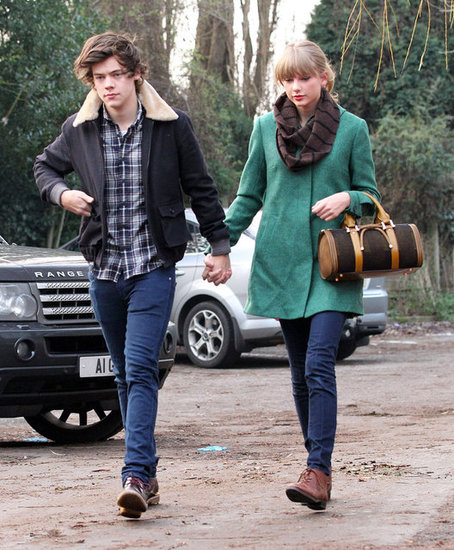 Taylor Swift has confirmed she has no plans on ever getting back together with One Direction’s Harry Styles after she appeared on El Hormiguero. The country starlet supposedly flew to London last week to try and save her relationship to the 1D band member, but it seems like things didn’t go to plan, seeing that Swift believes once a relationship is over, you can not run back to that person and start again.

TayTay actually opened up about her love life when she was asked if it is ever possible to get back together with and ex-boyfriend, to which she replied to saying: “I think once a relationship is done it’s done, you can’t do that back and forth thing it’s the most exhausting process.”

Taylor also hinted that her romance to Harry wasn’t that serious to begin with since he constantly questioned himself whether he wanted to be with her or not — he was still seen with a bunch of girls at his house in London while Swift was working, so that just goes to show how serious Harry was taking his new romance to the heartbreak Queen.

Taylor threw a diss at Styles when she said: “I think you have to have somebody that’s dependable, that isn’t going to change their mind every five seconds.” But, let’s not forget that the fella is only 18-years old, he has his entire life ahead of him… so why should he rush into a relationship and settle down? Ugh — this relationship between the two was one we knew wasn’t going to last.