Adele Refuses To Let Her Dad See His Grandson: ‘I’m Dead To Her’ 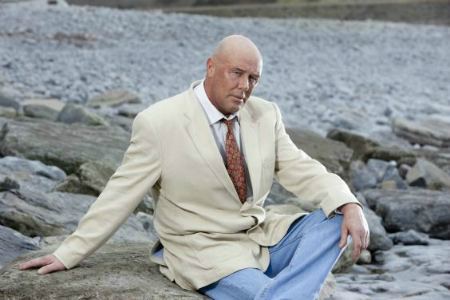 Adele‘s father Mark Evans wants to see his grandson, but the singer refuses him access due to their troubled past. The 24-year old grew up without her father in her life, so once her career took off, he tried everything he could to get back into her life but Adele hasn’t forgotten any of it — she’s still pissed that he walked out of her life when she was just a toddler. So, in all fairness, she has the right to block him out of her life for good.

Evans has continously turned to the press to get in touch with his daughter who just doesn’t seem to care about him no more; but this is his first time talking to the press since she gave birth to Angelo last year. Mark hopes that Adele will find space in her heart to forgive him and let him be part of his grandson’s life: “It breaks my heart that Adele is so hell-bent on cutting me off like this. I knew she had met her new fella… but it was a bolt out of the blue when I found out she was expecting,” Mark told The Mail On Sunday. “As soon as I found out, I wanted more than ever to get in touch and meet up so I could see how she was with my own eyes and let her know I’m here for her.”

Back in 2011, Mark sold a story about his daughter to the media which had the singer so furious, she refused to ever speak to her father again. They were on troubled terms at the time, but since that incident, they have not spoken as Adele can not believe her own father could talk bad about her to the press to cash in for a couple of bucks.

“I’ve left messages on her phone, I’ve written to her and I’ve sent her birthday and Christmas cards but it’s like I’m dead to her. In desperation, I even went to London to see her management at her record label XL Recordings,” she says when he discussed having sold out his daughter to a magazine. “I’m not interested in her celebrity status or her money, I just want my daughter back and I want to be a proper granddad to the little one. I’m missing out on so many of the joys of being a grandfather. Simple pleasures like taking him out for a walk in his buggy along the promenade at Penarth like I used to with Adele.”

The singer recently said if she ever saw her dad again, she’d spit in his face, in reference to him having talked negative about her in an interview back in 2011: “I was actually ready to start trying to have a relationship with him. He’s f**king blown it. He will never hear from me again. There’s consequences other than just getting a bit of f**king money that lasts you half a year. It blows my mind. ‘I love her so much.’ Really? Why are you telling me that through a newspaper? If I ever see him I will spit in his face.”