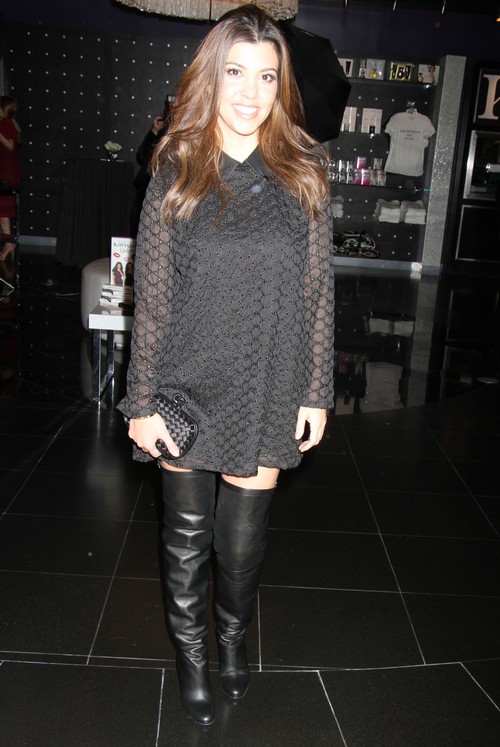 So far on this season of Kourtney and Kim Take Miami, Scott Disick has been behaving pretty well—for him. He hasn’t failed to come home yet, and hasn’t punched a hole in any walls! Those are major successes for him! In fact, he’s come off as moderately responsible. Remember when he drove drunk Khloe Kardashian and Kim Kardashian all over Miami? But Scott has to channel the energy he’s saved on partying somewhere, and his kids don’t take it all up. Instead, Scott is carefully tending his new bromance with professional racer Chapman Ducote—his brother from another mother! But Kourtney Kardashian is fed up with Chapman, ever since he started telling Scott to push marriage again!

“Chapman is married to a beautiful attorney, and he constantly tells Scott the importance of being married,” an insider reported to National Enquirer, print edition February 4, 2013. “Scott goes home and harangues Kourtney about getting hitched and they end up in another argument.” Their old fights are resurfacing, and it’s gotten so bad that “Kourtney told Scott that if he continues to listen to Chapman instead of her, their relationship will be over.”

Harsh! I know they say bro’s before ho’s, but what about when that ho is your baby mama and partner of 7 years? But Scott seems to prefer Chapman’s company to his own. It can’t be just because they dress exactly the same, sport the same hairstyle, and both love racing—there is serious kismet happening! The boys are so in tune, that “Scott doesn’t seem to care” about Kourtney’s threats. “She’s given him ultimatums before. As far as he’s concerned, Chapman is his big pal and there’s nothing Kourtney can say or do about it.” Is Chapman a bad influence on Scott? Should Kourtney force Scott to choose, or mind her own business? Is it finally time for a wedding?