Rick Ross Shot At In Florida, Was It A Publicity Stunt? 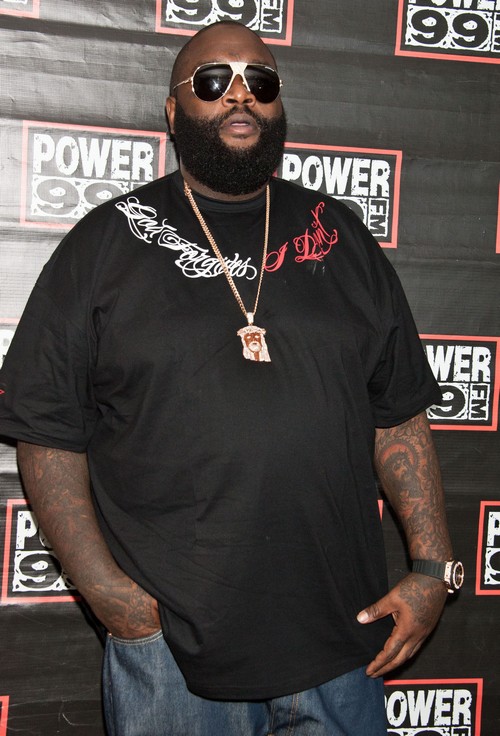 Rapper Rick Ross or Rick Ro$$ escaped death this morning while in Fort Lauderdale, Florida or did he?  Rick was driving his Rolls Royce and “dozens” of shots were fired at the vehicle around 5AM.  None of the shots hit the Rolls. Several buildings in the area were hit by gunfire.  The Rolls Royce smashed into a wall trying to avoid the shots.

Now call me crazy, but dozens of shots fired out and not one hit the car.  Either the shooter was a bad shot or there is something wrong here.  Rapper 50 cents seems to agree with me.  He tweeted on his twitter account, “Hahaha fat boy hit the building?lol it looks staged to me. No hole’s in da car.”  He posted a photo of the Rolls Royce on his instagram account.

Rick was celebrating his 37th birthday and maybe one of his friends decided to give him a birthday present – a little publicity stunt.. What do you think, was the drive by staged or was someone really after Rick Ross?  Hit the comments and let us know your thoughts!