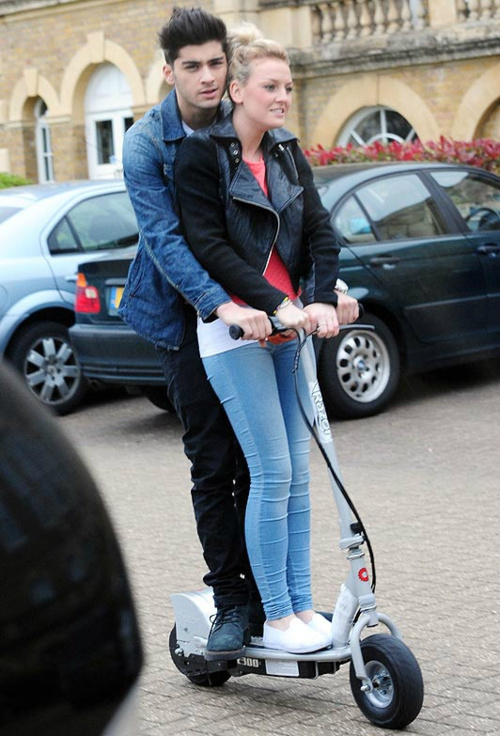 The Australian waitress who slept with Zayn Malik is reportedly receiving thousands of hate messages and death threats from One Direction fans after she broke the story on Sunday that she had slept with the singer on Wednesday morning. Courtney Webb is her name, she claims she didn’t know who Zayn was but took pictures of him anyway – which made no sense to us because clearly she would recognize his face, right? Well, she says she didn’t have a clue to who he was.

1D fans have been reacting to the scandal for the past two days in not such a nice way; the name ‘Courtney Webb’ was trending for several hours when message like these popped up on the timeline: “Courtney Webb… we will find you and kill you. Sincerely, Directioners,” while another wrote “You are a freaking idiot if you believe that Zayn cheated on Perrie Edwards. I will personally haunt you in your sleep and maybe kill you.”

Before Perrie supposedly decided to give Zayn another chance, one Twitter user wrote: “Seriously I’ll kill courtney webb if Zayn and Perrie break up because of her. Bitch you knew he’s taken. You just wanted fame and money bitch.” Wowza! People are definitely not happy about this, are they? But then again, it takes two to do the cheating, not just one, so it’s wrong to just put all the blame on Courtney, whether she knew him or not.

And yes, according to sources, Edwards has already taken Zayn back despite what he did to her on Wednesday morning. It seems like this girl has no respect for herself whatsoever. If you take someone back after just a couple of days since they betrayed you, that will just give him the idea to continue cheating on you again and again and again and again.

We wish them luck!