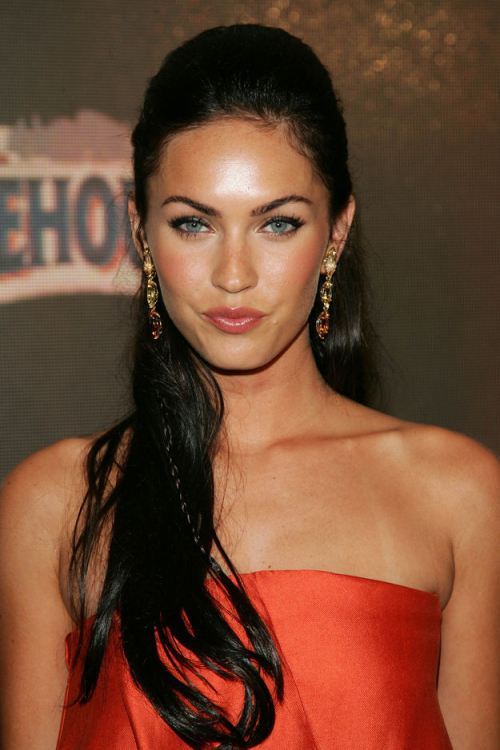 Megan Fox says that being a mother to her child Noah is more rewarding than being a famous actress in Hollwood. Well.. d’uh! Fox tells Marie Claire‘s latest issue that the only way she can describe having a four month old child of her own is “the ultimate satisfaction”. Megan, who has previously said she will be focusing more on becoming a better parent than snagging every movie role that comes her way, explains that she has always wanted kids sometime in her life, so finally having one is such a blessing to her.

The 26-year old says that having one child has only made her want to have even more in the near future, telling the mag: “I’ve never been validated by work or fame or Hollywood or any of that,” Fox said. “I recognize the blessings when they come… but the ultimate satisfaction for me is being with my son. All I wanted to do my whole, whole life was have a baby and, now, I’ve finally done it. I just want to give Noah as much of myself as I can. And I want to have more kids. That is where my heart is.”

She adds about her “soul mate” partner Brian Austin Green: “We are very, very different,” she admitted. “But we are tolerant of each other and we try to be patient with each other, and I don’t try to turn him into me and he knows not to try to turn me into him. He really is amazing. I should never, ever even think about complaining.”

Megan says that when she gave birth to Noah, she finally overcame her battle with OCD – it totally took away the fear she had the entire time. Now, she feels comfortable to just do whatever she wants:  “When they come out they are covered in all kinds of stuff. I took him right on my chest and, from that moment, nothing he does freaks me out. I don’t want to give him a complex.”