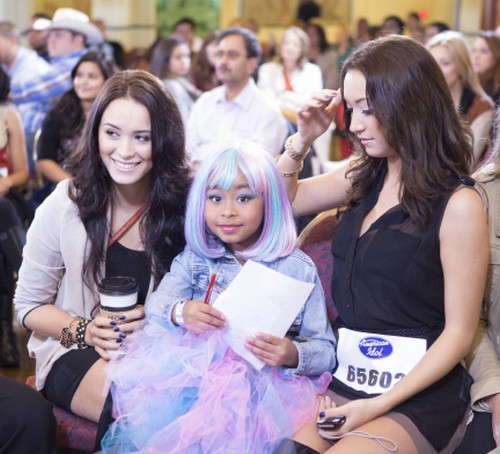 American Idol returns to FOX tonight with a new episode as the auditions continue.  On last week’s Cajun Country auditions the judges seemed to have called a truce to all their bickering  The judges were happy to be in Randy’s hometown and hoped that they would find great talent.  Keith exclaimed that all good music came from the south.

In the end 34 contestants got the golden ticket to Hollywood from the Baton Rouge auditions.  Did you watch last week’s auditions in Baton Rouge, LA? We did and we recapped it here for you!

On tonight’s show the auditions continue to Long Beach, Calif with the auditions being held aboard the Queen Mary, which was docked in Long Beach.  The Long Beach set had its fill of special, expressive moments too, such as when an 8-year-old girl showed up dressed like Nikki Minaj,  She had a pink and blue wig – to support her auditioning aunt.  Apparently Nicki told her she loved her color palette and talked to her about how important it is stay in school.  The little girl sang ‘Starships’ for Nicki, who let the girl and her brother sit on her lap for the audition.

Tonight we will have a change to see auditions in two different towns.  Will the contestant that inspires you most audition from the Lone Star State or from the sun-soaked beaches of Southern California?