Brandi Glanville Admits to Some Shocking Surgery in Her New Book 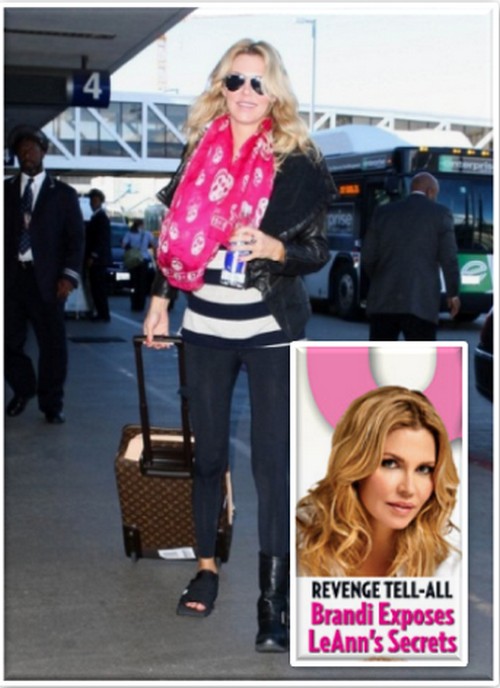 In about two week’s Brandi Glanville’s new book Drinking & Tweeting will hit bookstores and it is guaranteed to land on the bestseller list because girlfriend is dishing tons of info!  The Real Housewive’s of Beverly Hill’s star went through an ugly and public divorce with Eddie Cibrian back in 2009 when he was caught red handed with his hands in LeAnn Rimes’ cookie jar.  The couple split and as we all know Eddie has since married the usually bonkers LeAnn.

Brandi has admitted that after Eddie cut off her credit card she decided to make a major purchase on his- vaginal rejuvenation! After having their two sons Brandi felt like the least Eddie could do was pay to have her restored to mint condition!  In an exclusive interview in the new US Weekly Brandi says,

“I decided that since Eddie ruined my vagina for me, he could pay for a new one. A week after the vaginal rejuvenation surgery, he was on the phone screaming, ‘What the f–k cost you $12,000? Did you get a nose job? I responded simply, ‘Yes. A nose job.’ And I hung up.”

Brandi’s book also reportedly gives readers a lot of info on just how much of a scum bag Eddie is and how crazy and insecure LeAnn really is. Unfortunately Brandi interacts with the couple often because she and Eddie share custody of their boys. She waited three years to talk this openly about her divorce because she needed time to heal- after becoming a complete lush for awhile! I think it’s Brandi’s honesty that makes me so anxious to get my hands on this book!  Will you be grabbing yourself a copy as well? Tell us in the comments below!