Jennifer Aniston Still Obsessed with Brad Pitt, She Is Headed To Therapy! 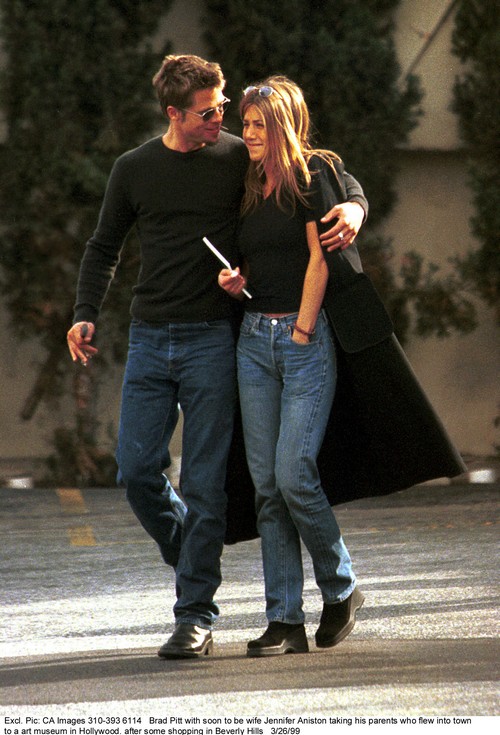 According to a new report Jennifer Aniston has decided to undergo some serious one-on-one therapy before walking down the aisle to marry Justin Theroux. Why you ask? Well apparently Jen’s obsession with ex-hubby, Brad Pitt spills over into every relationship, including this one and she wants to finally exorcise the demons before they cause yet another guy to walk away.

Supposedly the actress recently confessed to a friend that she’s still not over Brad and while her reps have denied it in the past, you have to wonder if it’s true. The media is vicious but generally when there’s not a shred of truth to something we eventually leave it alone. Ten years of eye-catching grocery store headlines later, we are still connecting Jen to Brad! I mean, she could have been married with six kids by now (um, kinda like Brad) or gone on to be known for something bigger and better than a 7 year marriage.

The fact that she stays stuck in this cycle, even while engaged just really makes me wonder if some of these rumors really are true. One thing is for certain, Jen loved Brad a whole lot more than he loved her. He was able to cheat, leave and then immediately move on. A decade later and Jen still seems to be standing exactly where he left her, with a shaky film career and no babies.

Do you think Jen is really in therapy because of Brad or maybe does she have other issues to deal with instead and we just assume he is still her problem?  Do you think that there’s any truth to the accusations about her or is it the media that is obsessed with believing that she’s still broken? Tell us your thoughts in the comments below!