Shahs of Sunset Want to Be As Big As the Kardashians 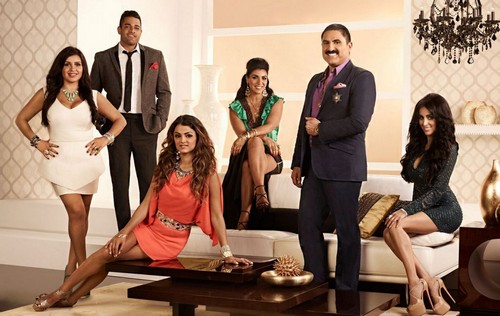 If you are a fan of Bravolebrities then you’re already familiar with the absolutely addictive Shahs of Sunset. Yeah I know, I rolled my eyes at the thought too but then I caught the first episode, then the second, oh look they’re going to Mexico in episode three- you get the idea, I’m hooked.

Reza Farahan is the mustachioed gay realtor that kind of holds this Persian group together. He is the centerpiece to all the dysfunction and you want to be his friend too. The rest of the crew almost a parody of the Persian culture because every thing that you think you’ve heard, they prove it’s true.. Mike Shouhed is a smokin’ hot realtor that is now partnered with Reza and can snag any chick he sets his sights on. The ladies are varying shades of a mess. MJ Javid is 40 and rarely sober. GG Gharachedaghi settles everything by getting drunk and threatening to cut people while Asa Soltan Rahmati places the peace card by infusing her own bottled water with the healing power of diamonds. Then there’s Lily Galachi, an attorney-turned-bikini designer. She declares herself to be Persian Barbie and complains nonstop while her brain damaged dog runs literally in circles at her feet.

The gang recently posed for a photo shoot that is out in this weeks issue of In Touch Weekly and in it they all admit that they’re hoping their show is as popular as the Kardashian franchise. I’m not sure if that’s a fair comparison but I’ll bet they get another season on Bravo!  Do you watch The Shahs of Sunset? Are you a fan, if so who’s your favorite in the cast? Tell us in the comments below!