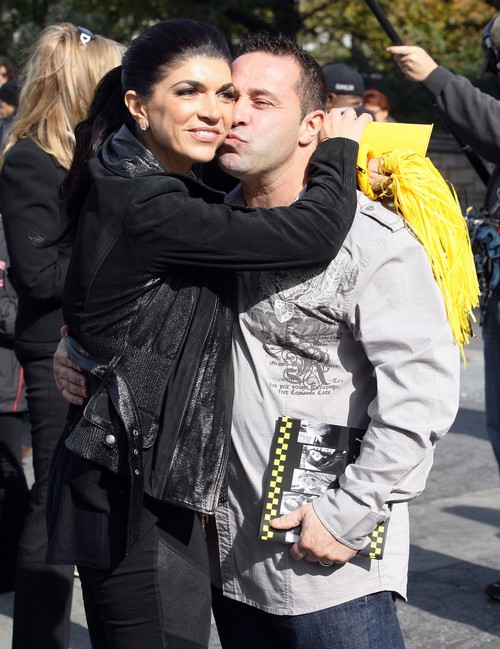 It’s almost time for a new season of The Real Housewive’s of New Jersey to land in Bravo’s line up and it looks like things are going to pick up similarly to how last season ended. Apparently the infamous Kim D. (DePaolo) who set the whole strippergate war into motion has now been added to the cast and of course, she’s going to do nothing but cause trouble. This chick has just launched a jewelry line called Posche and admits that she is riding Teresa Giudice’s coat tails to make money off of the line. She is very loyal to Tre and never misses an opportunity to stir the proverbial housewives pot.

At a party for Kim’s jewelry line both Teresa was there and so was her estranged brother, Joe Gorga. There was no love lost between these two when Joe realized that Teresa played a big part in trying to embarrass his wife Melissa, by spreading vicious rumors. At the party Kim D’s assistant tries to reunite the brother and sister and instead of listening it totally backfires. Apparently Joe had been hospitalized and Teresa never even showed up for that!  She asks why his wife never told her about his condition and Joe went through the roof. He is sick of Melissa being blamed one way or another for everything that is bad between them. Joe eventually stormed out- of course after all the drama was caught on Bravo’s ever-rolling cameras.

Here’s the real question- are we over all of the Teresa Giudice drama yet?  I mean it has been three seasons of watching her fake her way through a truly lousy marriage, listening to her insult everyone in new and ridiculous ways and then there’s the fight with Joe. If Tre wanted to fix her life, at this point wouldn’t she walk away from the public spectacle and start to clean up the wreckage? I think she’s thriving on all of it but are we still? Tell us your thoughts in the comments below!