Lady Gaga: “Nobody Loves Me Anymore!” 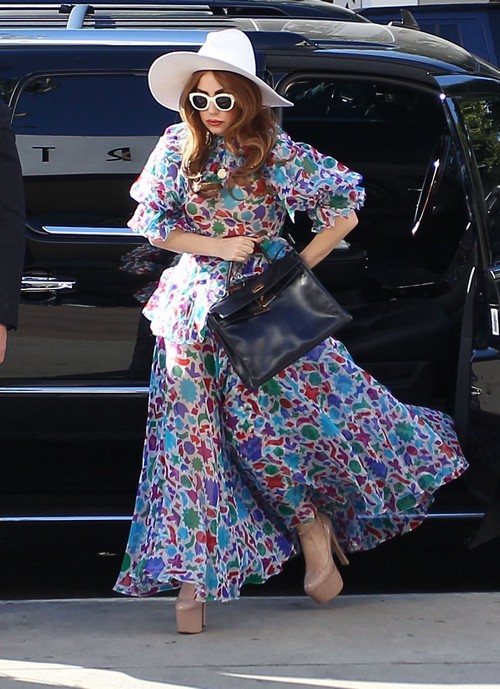 Lady Gaga is losing popularity and has supposedly bored the internet, a new report claims. The singer has “bored” her fans with her crazy, wild outfits and constant attention seeking moments, such as having bought three fur jacket worth $200,000 in Moscow while publicly feuding with Sharon and Kelly Osbourne, saying the reality star made herself a victim of bullying since she criticizes people’s dresses on E!’s Fashion Police.

PETA had said at the time of the incident: “Out of place, out of time, and possibly out of her mind: While the country focuses on rejecting violence and we are deep into the season of peace, giving, and kindness, Gaga is busy decking herself out in a coat made of at least 30 slaughtered animals’ skins.”

Gaga is expected to release her not-so-anticipated third album ARTPOP later this year but due to her tour commitments, her producer recently revealed that the new record was nowhere near finished – clearly all of these things are going to get fans annoyed and bored of hearing the same old stuff. In 2012, her Born This Way Ball saw a huge decline in ticket sales while she was also recently taken over by Justin Bieber on Twitter, and according to sources, this is only the start of her downfall.

DigitalSpy explained: GaGa’s latest album Born This Way has so far sold 4 million less copies than her debut The Fame, and her recent tour has reportedly experienced low ticket sales in some regions. The search engine marketing agency – citing data from Google Trends – has described the decline in the performer’s internet presence as “astonishing”

Well – that’s what happens, right? Madonna recently explained how Gaga turned her down to collaborate with her – and now it kinda seems to backfire on her since her popularity is fading. It’s not easy being remembered for more than five years, let alone ten years… so we gotta give credit to Madge… no matter how annoying she is! Ha. Gaga is pure crazy for turning her “idol” down.