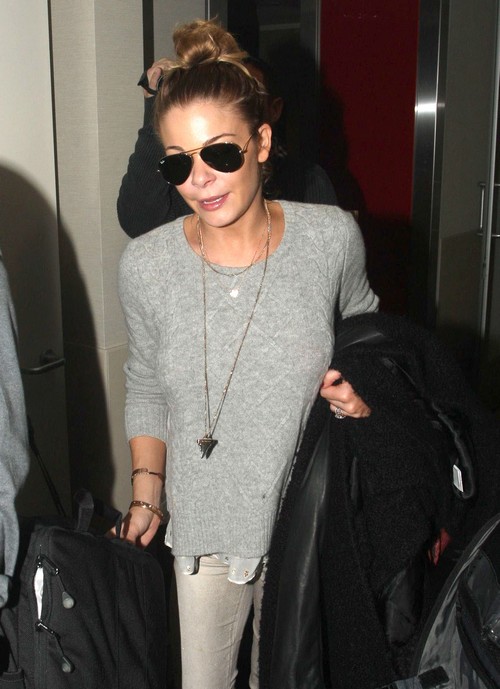 LeAnn Rimes wants everyone to know that when photographers saw her crying whilst out for lunch with a couple of friends, it wasn’t due to the fact that Brandi Glanville had told her to ‘go and f**k herself’. The two have been arguing constantly over Eddie Cibrian, who cheated on Glanville with LeAnn, but it has been three years since The Real Housewives of Beverly Hills star and Eddie split up, so why is this all still going on? Surely these two need to get a grip, don’t you think?

Well, the comment Brandi made was during her book signing, Drinking and Tweeting, where a lot of people were very eager to hear what she wrote in the book. Unsurprisingly, most of the book is filled with hatred against LeAnn, describing the singer as ‘flat chested’ and a man stealer – having even flirted with Eddie in front of her when they were still a couple.

Nevertheless, despite Brandi promoting her new book through LeAnn, the singer denies she cried about the hurtful names Glanville had been making about her, tweeting: “Boys and girls, I was not crying yesterday at lunch w/ @darrellbrown @EddieCibrian my BFF liz and my little dog toto,” she wrote. “We ate and hugged goodbye. I must have been so sad to see all of them go 3 blocks to the establishment where we were all ending up. #givemeabreakwiththebulls**tmeadiaheadlinesandstories. Lol thanks for all the sweet concern tough.”