Brandi Glanville Trying To Push LeAnn Rimes Over The Edge 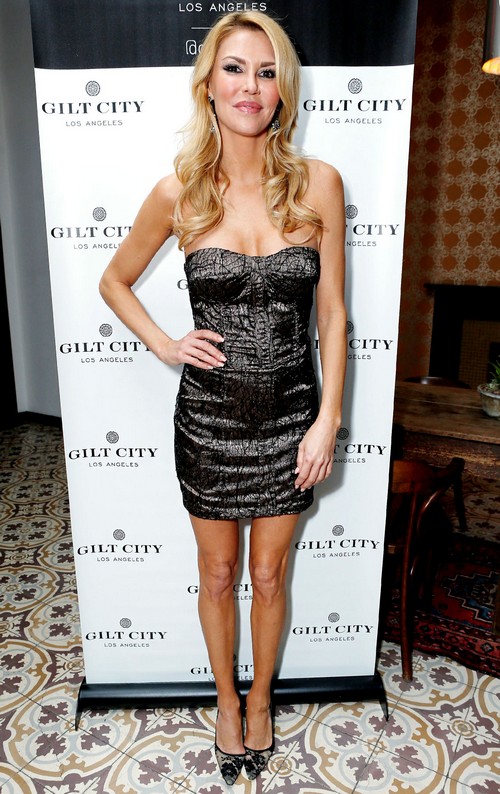 I guess the days of trying to make peace with LeAnn Rimes are all over for The Real Housewive’s of Beverly Hills’ Brandi Glanville.  After Eddie Cibrian was famously caught with his hands in LeAnn’s cookie jar back in 2009 Brandi divorced the father of her sons and began life as a single mom. She admits she was a wreck and drunk more often than not at first, but guess what? It looks like the tables have turned and she and LeAnn have completely swaped seats.

Brandi’s book Drinking and Tweeting and Other Brandi Blunders will be released on Feb. 12th and the reality star has clearly gotten past her hurt and has precious little good to say about LeAnn. In an appearance on Jay Leno the other night she was pitted against two other celeb guests in a jeopardy type game and when the question was, “who is the little tramp?” Brandi quickly buzzed in and blurted out LeAnn Rimes! The answer was actually Charlie Chaplin but this was just one more example of Brandi taking a very public shot at the woman who swiped her husband.

She’s comfortable slighting LeAnn and at this point the once popular singer isn’t handling anything too well. She is rumored to be embattled with substance abuse and food issues and she has spoken freely about her fear of Eddie leaving her. While Brandi has recaptured her life LeAnn is attached to Eddie’s side fearing what he’ll do if she leaves him alone. Clearly LeAnn won the battle but lost the war and continues to every time Brandi opens her mouth about the situation.

Are you like me and anxious to get your hands on a copy of Brandi’s new book?  Tell us in the comments below!