Jennifer Aniston Refuses Sex With Gassy Justin Theroux, Throws Him Out Of Bed 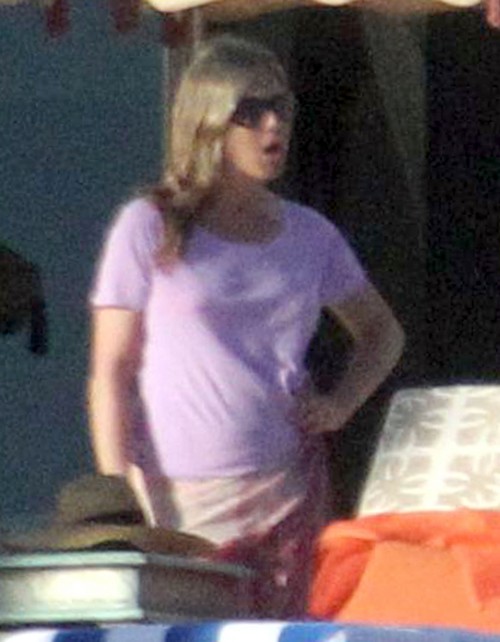 We have reached the end of days! Jennifer Aniston has been on baby watch since she and Justin Theroux got together. The 44-year-old actress has been vocal about wanting a baby for years, but a new source promises it won’t be happening any time soon. The engaged couple are sleeping in separate bedrooms, which puts a serious wrench in the whole baby making process. What’s to blame for their split? A new fight? Not quite! A friend reports that Jen can’t stand being in the same room with Justin, because he can’t stop breaking wind!

“He can’t win, that guy,” a friend told National Enquirer, print edition February 11, 2013. “The sad thing is, the flatulence problem is not his fault at all.” It’s disgusting, but it happens—right? So why is Jen being so huffy and dramatic? Jen is a control freak—she’s forced Justin to change his wardrobe, his hair style, his friends, and now his diet. In a bid to be healthy and stay young, Jen has put him “on a strict diet of legumes—lentils, beans, and soy beans.” So flatulence comes with the territory!

But it isn’t just that Justin has let all the mystery evaporate from their romance—his gas is putting their family at risk! Since Jen has “temporarily evicted him from the bedroom,” they’ve stopped having sex! Once again, Justin is questioning their relationship, and feels that “he can’t make her happy no matter what he does.” Harsh!

Jen doesn’t help the matter, and insists on being a helicopter mom to her fiancé! Her interference is making him deeply unhappy, and he believes “he should be allowed to eat what he wants and when.” Fortunately, the lack of sex has forced Jen to come to her senses, and she’s tired of sleeping alone! What will their solution be—skip the beans, or perhaps pick up a bottle of Bean-o (do they still make Bean-o? There will be-no gas!)? Do you think this fight is real, or just exaggerated female frustration at the disgusting habits of the male species? Can any man live up to Jen’s standards?