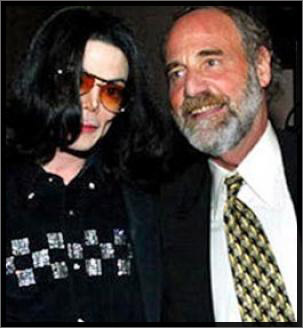 Michael Jackson’s personal physician Dr. Alan Metzger is in hot water. The man who taped Michael Jackson’s wedding to Debbie Rowe and testified against Dr. Conrad Murray is accused of inappropriate behavior with a patient. Dr. Metzger also toured with Michael during the HIStory concert tour as the singer’s personal physician. This is the first Michael Jackson related scandal this year. TMZ is reporting Victoria Oliver received sexual advances from the Dr. Metzger during an exam in 2010. She is now suing him for his unspecified damages.

Dr. Metzger practices internal medicine and rheumatology in Los Angeles.  Patient reviews and a list of awards her received for him can be seen on Vitals.com. Although Dr. Metzger received accolades from the community he got mixed reviews from current and former patients. One patient called Dr. Metzger a quack who over charged him and did not know what medicine to prescribe him. Dr Metzger had to consult with another physician. This patient finally got the correct prescription by going to a specialist who charged him 1/3 the amount he was charged by Dr. Metzger. Another person praised the doctor for his bedside manner and having been the only physician who was able to help her manage her illness.  Vital.com shows Dr. Metzger’s overall rating to be 3 out of 4 stars. Victoria should have been treated by a competent physician.

Victoria is accusing Dr. Metzger of making sexual advances toward her. Per TMZ Victoria heard the doctor called her body delicious during her exam. Then in 2012 the doctor put his hand under her blouse and grabbed her breasts from behind while he pressed his body against her. Victoria claims the humiliation she felt has affected her mental health. Why would she go back to this creep after the first appointment was horrible? I would have reported him to the Medical Board of California and told him where he can go. This guy is nothing but trouble.  In 2000 he was reprimanded by the Medical Board of California for writing prescriptions for Janet Jackson under a false name. Having been Michael’s personal physician who knows what favors he did for the singer, who was a drug and propraphol addict. With this new scandal putting back in the spotlight for the wrong reasons perhaps more people will be educated on his practices and stop seeing him. Hopefully this lawsuit will put an end to Dr.Metzger’s unethical practices.