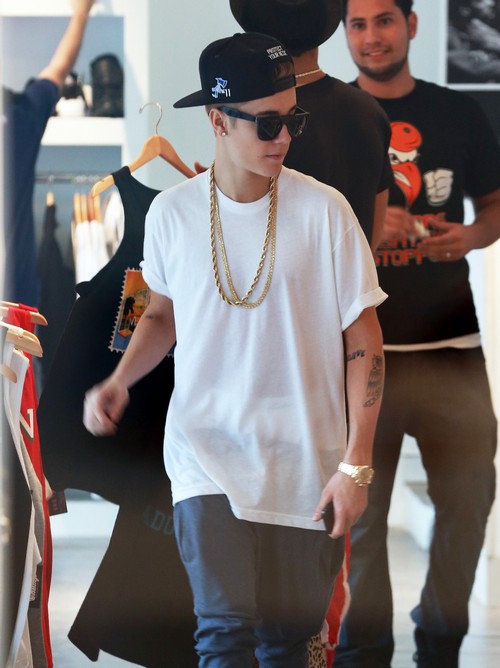 Justin Bieber has been getting it in – HALLELUJAH! According to reports, JB has been living life to the fullest as he supposedly cheated on Selena Gomez with nursing student Milyn “Mimi” Jensen, and now he’s back in touch with her to get some more of those goodies. RadarOnline says Milyn was the reason Selena split from Bieber – the Disney starlet found out about their romp and immediately called it quits on the 18-year old.

On Thursday night, Justin had reached out to Jensen in hopes that she could come over and give him what he needed… that ass! The two first hooked up back on December 21st, just days before Christmas, at his home in Calabasas — his friends Lil Twist and Lil Za had arranged for the girl and another friend of hers to come over and smoke a little bit of weed, before heading over to the bedroom and getting their freak on.

“Justin and Lil Twist were back at the Four Seasons Hotel last night and called Mimi’s friend to see if they would come back to the hotel and get together again.” Last month it was reported that before their romp last month, the singer had said to Milyn he wanted to know if she tasted good before going down on her.

“Justin surprised her by saying, ‘I want to know if you taste good.’ He started kissing her cheek and ear and neck and then her whole body,” the insider said. “Then, the Biebs removed Mimi’s clothes and engaged in sexual activity with her.”

Well, as long as he’s happy, why not enjoy life to the fullest?!