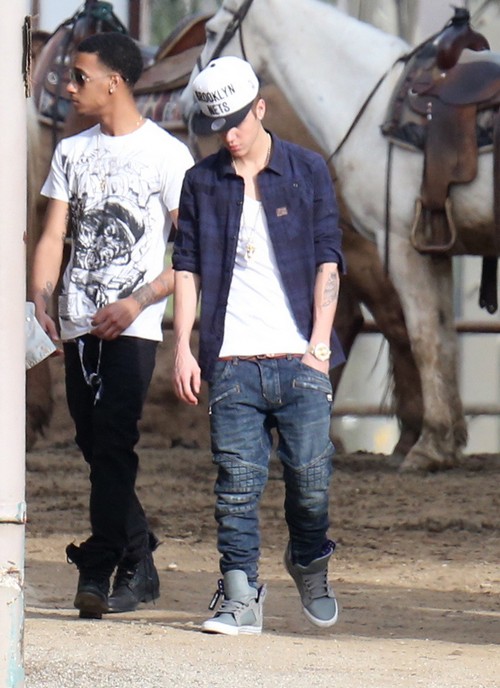 If you were under the impression that Justin Bieber’s drug experimentation is limited to weed, well you’d be dead wrong. Even he can’t deny being a pothead after the latest pics hit the internet. In them Justin, Lil Za and Lil Twist are rolling blunts and having a great time. Nothing too shocking there. We already know that Justin is running with this crew and rather than rapping being Twist’s main talent, he is supposed to be the very best around at rolling blunts.

What is shocking is that Justin in the photo is drinking out of a double cup and nearby on the table is Sizzurp. What exactly is that? Straight codeine which is a narcotic that is highly addictive. Sizzurp was first made (underground) popular by rapper Lil Wayne and is said to be on the rise now.

This means that Justin has already stepped up from smoking a bit of weed and has moved on to something harder like an extremely addictive narcotic and ya know what, he doesn’t care who knows it! This kid isn’t being at all careful with hiding his habits and bad behaviors because his arrogance is likely leading him to think he can do as he pleases. He’s clearly forgetting that his target audience is filled with 13 year old girls still need parental permission to attend his shows and this behavior isn’t winning any parents over!

No wonder Selena Gomez hit the bricks! Forget about the flirting and the cheating, she had a real burgeoning addict on her hands and that is career suicide when your whole persona is built on being a good girl!  Justin is quickly turning into the male equivalent of Lindsay Lohan. What will he be doing in another year or two? Tell us your thoughts on Justin’s new drug of choice in the comments below!