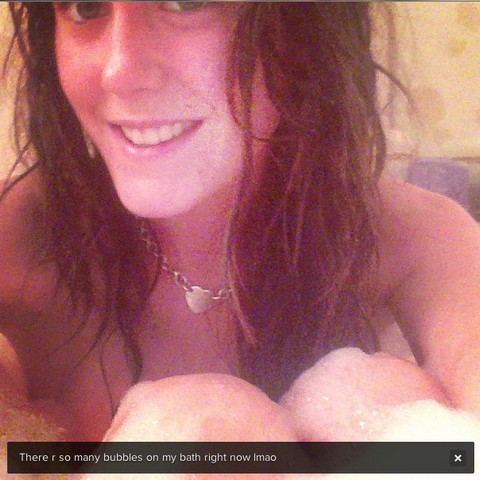 Courtland Rogers is trying to extend his 15 minutes of fame by slamming his estranged wife, Teen Mom’s Jenelle Evans.  Now I’m not saying what he is alleging isn’t true, but damn, could he be any more of a douche bag?

Rogers, who has reportedly been screwing his ex while with Evans, is seen on video (found by Radar Online) sniffing a white powdery substance.  A friend on the video, Tiffany, confirms that it is heroin.  Recording yourself doing drugs?  Courtland sounds like a keeper already.  In the video, Courtland alleges that he continuously begged Jenelle to stay clean while she was pregnant.  Unfortunately, according to Rogers admission to Tiffany, she did not.

“That’s why she had a miscarriage.  I’m telling Jenelle, ‘you can’t be doing this s**t.  It’s going to kill our baby’,” said Rogers.  During her six week check up, Jenelle’s OB/Gyn asked why there were opiates in her system.   A question Jenelle was probably not expecting.

Whether Evans was really abusing drugs while pregnant or not, the outcome was still the same.  She miscarried in her first trimester.  A clear sign that Jenelle was not ready to be a mother.  Perhaps if she took her life seriously and took care of herself things might have gone a different way.  Then again, she did appear incredibly needy.  Maybe, the idea of playing house was what she really wanted and not a real-life family.

No matter now.  From my point of view, Jenelle is immature as hell with zero regard for anyone including her own mother, Courtland is a drug fueled doucher who married Jenelle so he could get his face in the tabloids, and these two together create a massive train-wreck that I can’t seem to look away from.  Can we please stop making reality TV personalities relevant to everyday conversation?

What do you think readers?  Is Jenelle abusing some serious narcotics?  Will she ever think about anyone but herself?  Can we all agree that Tiffany leaked the video in hopes of getting her own sloppy seconds of fame?