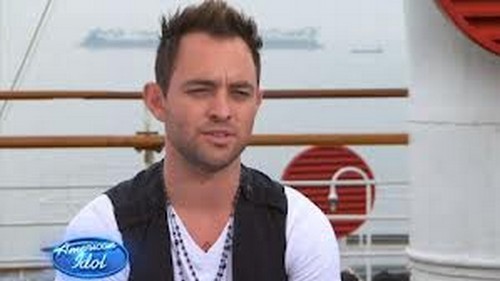 American Idol contestant Matt Farmer LIED to the judges and the producers of the show after having said he worked in the military service, only to find out days after his audition aired… he was never ever on the list. The ‘Idol hopeful has come out and admitted that he lied after research was done on his background, because a lot of people tend to lie about stuff like that to get sympathy votes – but he did sing fairly well in our opinion.Well, nevertheless, he lied! Point, blank, period! Thanks to the Guardian of Valor – they looked into this, checking if what Farmer had told the judges on Wednesday night’s show was actually true… but there were no records of him ever joining the army… ever! In fact, once he was exposed for lying on the talent show, he immediately changed his words in a statement, claiming his words had been edited to sound like he was part of the military though it was not actually what he had said.

Producers were pissed once they heard about this and threatened Matt to tell the truth unless he wanted to be booted of the show – he’s lucky that he wasn’t pulled from Hollywood week in the first place. He later corrected his statement, saying the following: “Everything you have read is correct,” the statement reads. “It was ALL lies. I in fact HAVE lied since a younger age and had a problem with it. I am coming out and making a statement (even though I was instructed not to) because I DO want to come clean.”

“I do in fact take FULL responsibility for the actions and words I have said, and know that this will never go away. In NO way was I looking to take from everyone who has served. I started to believe my own lies. And after I believed them… I would catch myself talking like it had happened to me my entire life.” Farmer adds that he will try and stay more on the truth side then continue to lie: “I want to base the life I have left on nothing but what is real and genuine in the here and now. I am EXTREMELY remorseful and VERY upset that I allowed myself to take from the hard work of the guys that I was deployed with among others.