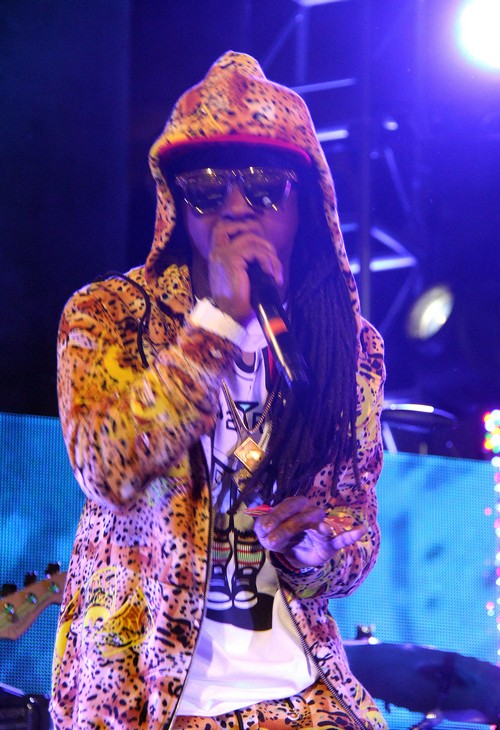 Lil Wayne says he doesn’t watch his protégé Nicki Minaj on American Idol. The rapper – who pretty much made the rapper become the successful artist she is today – says  he has been hearing about her catfight with diva Mariah Carey, and he says that he’s not into watching those kind of shows on television where it’s back and forth between two people arguing all of the time.

Wayne signed Nicki on to the label back in 2009 after having collaborated on his mixtape in the past – but not even their tight friendship could get him to watch the talent show. On top of that, the 30-year old has also advised her boss not to watch her on American Idol show because she doesn’t exactly come across as “the nicest person” on the panel.

“Actually, I’ve never watched it… When I talk to her she always tells me, ‘You don’t wanna watch that, you’re not going to be into it’,” Lil Wayne explained to The AP. “[Nicki] knows me… It’s kind of like a catfight where they be going back and forth type of thing, I’m not into all that,” he explained. The talent on that is pretty good I heard, though.”

Lil Wayne continued that he was not impressed by Nicki’s beef with Mariah Carey – obviously because every opportunity that comes along should be taken on respectfully, no matter how famous you are. That’s probably why so many people get along with Wayne, – he knows how to handle himself in a position where someone may not get along with you, but you wouldn’t let someone stop you from making that cash! Nicki has a lot to learn.

Do you like Nicki Minaj on American Idol?! We’re kinda getting the feeling that Wayne doesn’t watch it because he doesn’t want to see Minaj act like a fool on the show.