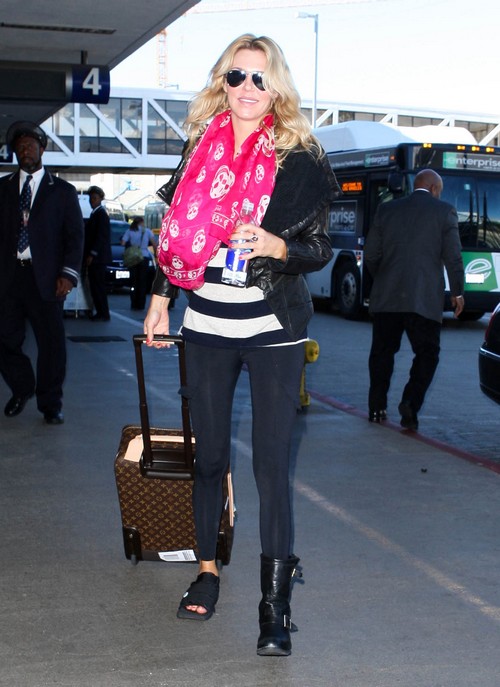 Brandi  Glanville continues to hate on LeAnn Rimes three years after the singer stole her man Eddie Cibrian. The Real Housewives starlet is dishing the dirt in her new book, Drinking and Tweeting, and in her promotional tour for it – she recently did an interview for Glamour magazine where she explained how she hated seeing pictures from LeAnn’s Twitter page of her spending time with her children while she’s at home.

According to Brandi, Rimes has sent the reality star “hurtful” text messages to her phone, trying to make her jealous by the fact that she is slowly taken over the role of being a mother for the two kids. Let’s not forget that Eddie and LeAnn are married, which makes the singer a stepmom for the two kids, – but now that LeAnn is starting to bond with them a little more, it’s only a matter of time before they start calling her “mommy”.

Speaking to Glamour, Glanville said: “When I’m home alone on a holiday and LeAnn is tweeting pictures with my children, it breaks my heart,” she said. “One way I hear from LeAnn is she’ll text me – hurtful things like, ‘I can’t wait to make your kids lunches and go to soccer…” She added: “Marriages break up all the time. People have affairs. Happens every day. It matters how you handle yourself after and if you’re actually remorseful. I’ve never found LeAnn to be remorseful. I found her to be like, ‘Nah-nah-nah-nah-nah, I got your family’.”

LeAnn knows how to piss Brandi off. Recently, she referred to Brandi’s kids as “her boys” while Glanville responded to those comments by saying she can f**k off.  Wowza! This feud is hilarious, don’t you think? Brandi continued talking to the mag about how she started turning to booze to soothe the pain she was feeling: “My heartache probably lasted a lot longer than it should have, because in the old days, you broke up with someone, you never saw them again,” she said. “You’re not seeing pictures of how in love they are. I started to drink too much. I would cry all day.”