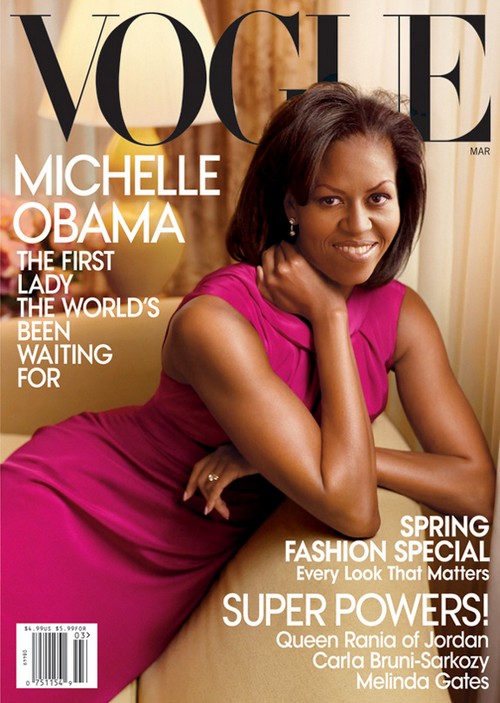 Michelle Obama has revealed what her current favourite songs are, and it happens to be quite surprising list. I think we all knew one of the people that would be named on that list, but the rest was quite unexpected. The First Lady says she’s really into listening to Frank Ocean’s album, Channel Orange; it has become her favourite album of the year mainly because Ocean has a very soulful voice to him that happens to be very refreshing in 2013.

Speaking to People Obama’s wife continued that she also loves listening to her BBF Beyonce’s music all day long. Now, the reason we refer to Beyonce as Michelle’s best friend is because they do happen to spend a lot of time together; working on charities, having dinner, meetings and regular chats together. So to support the singer in return, she has been listening to her music. It’s only fair enough to do, isn’t it? Ha.

“Album of the Year: Channel Orange, Frank Ocean,” she said. “He’s a young innovative performer with a soulful sound. Song of the Year: ‘Stronger (What Doesn’t Kill You)’, Kelly Clarkson. It’s an empowering song with a positive message,” she tells the magazine. Very surprisingly, Michelle happens to work out to WILLOW SMITH’s song ‘Whip My Hair’ because it tends to get her in the mood to get on that treadmill and get the sweating going.

“‘Whip My Hair‘ by Willow Smith always gets me moving – and it’s just so inspiring how young and talented she is! I also love anything by Beyoncé – and of course ‘Move Your Body’ gets me going not just because it’s a great song, but because of the amazing video she did to help get kids active in support of [my childhood obesity campaign] Let’s Move!”

Guessing she’s not a big fan of Chris Brown’s “music” then, is she? It just so happens that she spoke about Frank Ocean days before the Grammys – knowing that he’s up for several awards – while he recently got involved in a brawl with Breezy. Well, Chris happened to have beaten him up so maybe this is just Michelle’s way of saying: “Hey guys, I love Frank Ocean’s music and feel terrible what happened to him, please help him out to with those Grammys because Chris (who’s also nominated) doesn’t deserve them.”

That’s just our assumption. Ha.In other news, Michelle will be covering next month’s issue of Vogue. The cover has since leaked.

Barack Obama Gave Jay-Z Parenting Tips: ‘I Made Sure He Was Helping Beyonce…