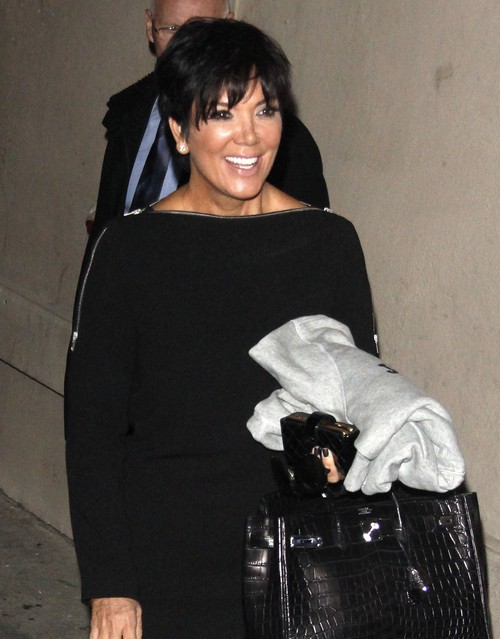 Kris Jenner has once again stated that she is not filing to divorce husband Bruce Jenner despite tabloid magazines saying otherwise. The momager has been the face of all headlines these past two weeks, as some claim Bruce can no longer live with a control freak who cheats on a REGULAR BASIS, before claiming that a close source to the family has dished on how Kylie Jenner isn’t actually Bruce’s daughter.

All of this can really get under someone’s skin and Kris has made sure that she not only sets the record straight, but also hopes that her finally talking about the whole divorce drama will put an end to the “false stories”, in hopes that they will find a different celebrity to write ridiculous articles about. The momager and her two youngest daughters, Kendall and Kylie Jenner appeared on The View yesterday, and Kris certainly didn’t hold back when she addressed the divorce rumors.

“We are not getting divorced – not in a million, bazillion years,” Jenner insisted. She then quipped: “I want to do a photo shoot and… send really great photos [to the tabloids]. I’ll say – ‘The next time you make up a story, use this photo. Because this photo is the one I like! I want to say loud and clear that these are toxic, baseless and disgusting rumors and none of them are true,” she wrote.

Kris cotinued that if she or any other Kardashian/Jenner idiots had anything to say, they would be more than happy to share it with the world – insisting they don’t have anything to hide: “You all know us so well by now, and trust me, if we have something to say or announce, we have no problem shouting it from the rooftops!”

What do you think?! Are they getting a divorce or not? We’re not so sure but think the marriage is in trouble for sure.